The Duck Stamp…One Of Our Best Ideas…

Federal Duck Stamps will go on sale today and will be followed by thousands of waterfowl hunters as they pay homage to conservation efforts that have been supporting wildlife for nearly 85 years.   But, like all stories, the facts are worth learning about.

As the United States thrust forth into the new century, the trajectory for our Nation’s wildlife was dark.   This large scale loss of flora and fauna was exacerbated by the 1930s with the onslaught of the Great Depression and the Dust Bowl.   The Prairie Potholes and wetlands across the Midwest had dried up.  Market hunting had left waterfowl populations in disrepair and the sportsmen and women of this Country were demanding greater conservation measures.  Fueling the flames of these demands was legendary editorial cartoonist and waterfowl hunter Jay “Ding” Darling.

Darling was a good friend of the Republican Present Herbert Hoover.   It was little surprise that he was not a huge fan of FDR’s “New Deal” programs.   In fact, through his National editorials, he was at times a critic of the president.   But, as fate would have it, the two giants needed each other for a common conservation goal.

Jay Ding Darling had been working with President Franklin Roosevelt on the need for greater wetland conservation.   FDR needed someone to help sway public opinion toward waterfowl conservation. Our waterfowl were disappearing.  Darling, a waterfowl hunter himself, had been noting that our problem was much bigger than previously thought.   Our waterfowl habitat was in sharp decline and, until we addressed this much bigger long term problem, we were unlikely to resolve the issue.  Both knew it would take money.

Roosevelt, knowing he had a good leader in the Nationally acclaimed cartoonist, asked Darling to take the lead of the US Biological Survey (precursor to the US Fish and wildlife Service).  Darling was not thrilled over this appointment as he was not a big fan of government.  In just 18 short months, Darling, with the help of hunters across the Country, was able to move the Federal Duck Stamp Act forward.  The fact that hunters, during this most hard time, were agreeable to taxing themselves for conservation sake, was quite revolutionary anywhere in the world.  In fact, to this day, the entire effort is still quite remarkable.  Had Darling and Roosevelt not been able to work together to move public sentiment in the right direction, we may well have lost many species of waterfowl that are common today.   Had hunters not had the foresight to realize they needed to find funding for such important conservation efforts, we could have lost a lot more!

You can celebrate this every year buy purchasing a federal duck stamp. The hundreds of millions of dollars generated by this stamp have led to incredible conservation efforts that have restored wetlands, purchased wildlife refuges that are critical to waterfowl and helped to maintain our hunting heritage.  Purchasing the Duck Stamp is now easier than ever before and you can visit www.outdoornebraska.org under permits to purchase yours today!

The post The Duck Stamp…One Of Our Best Ideas… appeared first on NEBRASKALand Magazine. 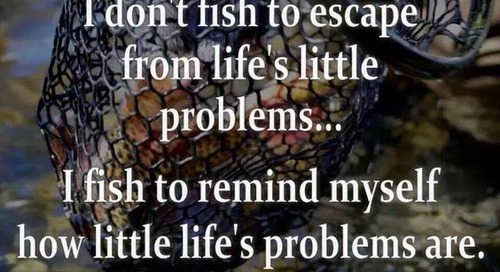 A Message from CFO KVD

Another doozy from “KVD” to lighten your Friday, and get you ready for the weekend. . . . He wasn’t kidding...