I’m excited to share on this blog a project that I had the privilege of being a part of and one which will make birding in eastern Nebraska more enjoyable in the future. The project includes a wildlife viewing platform, parking area and walking trail connecting the platform and parking area at the north end of Lake Wanahoo near Wahoo. The project was spearheaded by Paula Hoppe and how it came together goes something like this.

Since its creation in 2012, Lake Wanahoo has become a popular birding spot and the north end is arguably the most productive area because of the diversity of habitat found here. In fact, at least 154 species have been sighted in this area according to eBird. However, birding here has been challenging because the area lacked a parking lot or a good place to view the marshy end of the lake, other than County Road O, which wasn’t the safest vantage point nor allowed due to the presence of a nearby Bald Eagle nest. That’s where Paula got the ball rolling and concluded a wildlife viewing platform would really improve birding and wildlife viewing opportunities. She recruited me and I was quickly on board. After some back and forth, a couple of site visits, concept development and meetings with the Lower Platte North Natural Resources District (LPN-NRD), who owns and manages the area, to seek permission and support, a plan was hatched. We had most of the ducks in a row, except for one big one.

Doing anything in this world requires funding and that was something we lacked. Fortunately for us, the Nebraska Game and Parks Commission has a competitive Watchable Wildlife Grant Program that annually hands out awards up to $3000 to deserving project. Thus, we crafted a grant application and submitted it. Fortunately, our project was funded. With funding in hand, we began to refine our plan and design for the platform. That’s where my father, Gerald Jorgensen, got involved. He happens to be a Contractor in Blair. Not only did he have a skid-loader that could make augering holes for our posts a whole lot easier, he provided input and ended up donating materials (and labor) to the project.

Work began earlier in the year when LPN-NRD began construction on a parking area. On 3 July, we started work on the viewing platform (with help from my brother and nephew, no less) and work occurred intermittently over the remainder of the summer. On a lark, the idea was hatched to create a shade structure whose frames resemble American Bitterns. It took a bit of time for the steel frames to be constructed, but the wait was worth it. Below is a map showing the location of the parking created by the LPN-NRD, the trail and platform (to locate this area, visit HERE) and a number of photos showing the construction process. I also need to acknowledge all the people and organization that provided support, these are listed below.

I especially want to thank the LPN-NRD, who was receptive to the idea from the beginning and was really great to work with on the project. Last winter I told you about a little trip I took to the beautiful Nebraska sandhills; a trip to assist wit... 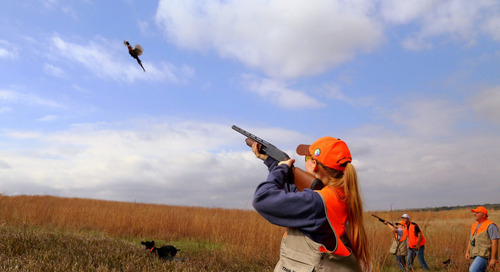 I’m going to be truthful, this week has been tough to stay on task at work.  My mind has constantly been wa...