I’m going to be truthful, this week has been tough to stay on task at work.  My mind has constantly been wandering out to some of Nebraska’s uplands in search of birds that cackle and those that covey.  My mind is being fueled by memories of opening days past and the birds, people and places that have become forever part of me.  It’s also being driven by the anticipation of memories to be made this year.

As we near Saturday’s (10/28) pheasant and bobwhite quail opener its only gotten worse.  Reports I have been getting for some time point toward an abundance of quail and a healthy population of roosters.  Making it even more difficult to focus on job duties.

My own field observations have given me no reason to doubt them, either.  During last weekend’s statewide Youth pheasant, quail and partridge season the dogs had no trouble finding pheasants to put to flight.  In the distance even more cackled at our disturbances.  These scenes have been on a repeat loop in my brain all week.

Now is time for some strategy.

With just hours to go until a new season begins I cannot wait to join my mind in Nebraska’s bird fields.  let the season begin. 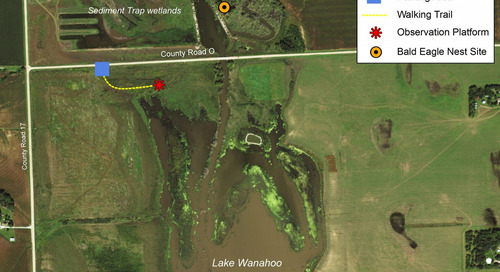 I’m excited to share on this blog a project that I had the privilege of being a part of and one which will ...

LINCOLN, Neb. – The entire population of whooping cranes in the Central Flyway is expected to migrate throu...