One reason Nebraska claims to have the nation’s best turkey hunting is its variety of subspecies of the big bird.

Bryce Gerlach, a forester for the National Wild Turkey Federation and Nebraska Game and Parks Commission who is an avid hunter, said the Cornhusker State is special because three of the four subspecies of the federation’s popular Grand Slam reside within Nebraska’s borders.

Once extirpated from Nebraska, the wild turkey (Meleagris gallopavo) is a conservation success story here and throughout the United States. Nebraska’s flourishing turkey population derives from 28 birds of the Merriam’s subspecies (M.g. merriami) that were released in the Pine Ridge in 1959, and ensuing releases of Rios Grande (M.g. intermedia), eastern (M.g. silvestris) and a hybrid of subspecies at other points of the state.

The Merriam’s of the Pine Ridge attract a lot of attention from hunters near and far. Considered a bird of the Rocky Mountains, the Merriam’s is at home in the rugged sandstone ridges and pine forests of northwestern Nebraska. Nebraska’s Merriam’s are positioned on the eastern edge of the subspecies’ range in a region with sizable tracts of public land, so they are the closest inviting target for hunters of eastern states pursuing the subspecies.

Even though the Merriam’s has what is considered to be the weakest gobble, shorter spurs, and a shorter beard than the other subspecies, it more than makes up for it with its plumage. The wide bright white stripe on the tom’s fanned tail feathers certainly makes it stand out. The subspecies got its name in 1900 in honor of Clinton Hart Merriam, the first chief of the U.S. Biological Survey.

Another subspecies found in the Panhandle, and into southwestern Nebraska, is the Rio, a bird native to the central plains with long legs suited to a prairie habitat. Similar to the Merriam’s toms, Rios have a lot of variation of feather brightness. It has tan-colored tips on its tail feathers.

Points east in Nebraska are appropriately home to the eastern, the most abundant wild turkey subspecies in North America. It can be found in 38 states and parts of Canada. With chestnut brown tail feathers, it has the strongest gobble and longest beard of all.

Tom easterns and Merriam’s are the largest of the three weighing in at upwards to 30 pounds, while the Rios weight about 20.

Reports indicate there are more than 5 million easterns in America while the population of Rios is estimated to be 1 million, and Merriam’s just 350,000. The other slam subspecies, the Osceola (M. g. osceola), resides only in Florida where 100,000 are estimated to reside. The toms of that subspecies are about half the size of the Merriam’s and easterns.

While most of Nebraska’s turkeys retain the appearance of their respective subspecies, the flocks have no doubt intermingled and hybridized in places. They are all beautiful birds when in strut, though, and, regardless of genetics, they count toward the slam based on which subspecies they most closely resemble. Besides that, they all taste good at the dinner table.

Along with diverse appearances, there is variation in how each subspecies behaves. Gerlach said there is a difference in how a person might hunt an eastern wild turkey compared to a Merriam’s, for instance.

“Merriam’s are more of an open country bird. Easterns live in deep timber most of the time, so they behave a little bit differently,” he said.

In open country, the bird can use its incredible eyesight to see you from farther away, for example, so concealment is especially important.

There are no doubt fewer nonresident hunters seeking turkeys in Nebraska this year. Because of the coronavirus issue, Nebraska’s nonresident permits were limited. While unfortunate, Gerlach said the situation provides a special opportunity for residents of the region to explore public land close to home.

“Our public lands offer a lot of great opportunity right now with a lot less hunting pressure,” he said. “You can find some great birds that are easier to call in and they gobble more because of less pressure.”

Whether it be a Nebraska Merriam’s, Rio or an eastern, hunters have until the end of May to pursue it. They’re just being encouraged to hunt them close to home and follow health guidelines. Permits and other information may be found at outdoornebraska.org. 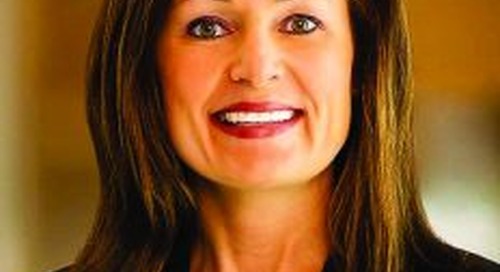 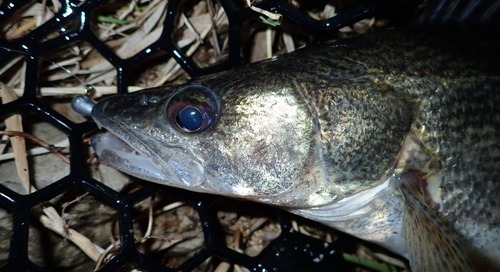 It is hard to write a blog about fishing jigs.  Jigs come in an infinite variety of sizes, shapes, styles, ...