LINCOLN, Neb. – Nebraska Game and Parks officials ask that visitors to Nebraska’s state parks and recreation areas refrain from hiding painted rocks so others may find and re-hide them.

The practice of hiding rocks with painted messages is becoming more common at state and national parks across the United States, including in Nebraska. Placing rocks in parks distracts from an area’s natural beauty,” said Jim Swenson, state parks administrator for the Nebraska Game and Parks Commission. Additionally, the practice of hiding rocks violates a state park regulation that prohibits guests from removing, defacing or disturbing elements of a state park’s natural landscape.

“Nebraska state parks provide natural settings in the state’s most scenic and unique areas,” Swenson said. “For many visitors to these areas, encountering painted rocks diminishes the land’s beauty and the experience of being in nature.”

Officials at many other state and national parks across the United States have also asked park guests to refrain from hiding painted rocks.

LINCOLN, Neb. – The northern third of Langdon Bend Wildlife Management Area (WMA), on the riverward side of... 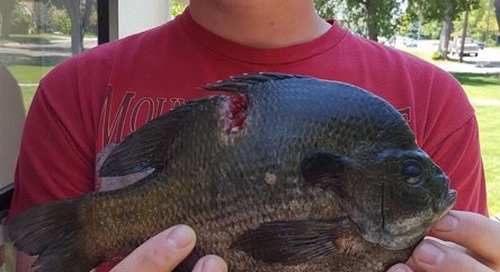 I again have a few state record applications to clear off my desk; this is the time of year when they are m...