Time is important.  Most of us are constantly wishing for more time to spend doing what we love to do. This is especially true for those of us that pursue our passions outdoors.  In fact, there are many others that would love to do what we do if they had the time.

Now as far back as I can recall there’s been 24hrs in a day, 7 days in a week and 52 weeks in a year.  So, why does it go by so much more quickly nowadays?

It seems like just a few days ago we were anxiously anticipating the start of Nebraska’s fall hunting seasons – now suddenly its February!  February is a month you don’t generally hear many sportsmen or women dreaming about.  But maybe we just haven’t fully realized it’s potential.  February offers us time and, as mentioned above, time is what we all need more of.

Time in February is custom made for dreaming and plotting for outdoor adventures yet to come.  This could be your spring to hear a gobbler sound off in the panhandle or watch one strut his stuff across a cedar canyon.  Maybe this fall it’s finally time to pursue mule deer like you’ve always wanted or witness the waterfowl migration from a blind on the big river.  These are all attainable and February is the perfect month to begin your successful preparations.

Maybe your goals are bit more local and you’d be content with a little more space to roam during the next season.  February can be a great month to seek permission for private land access.   Calving season is already underway but February is far from the busiest time of year for most farmers and ranchers.

All of us are looking for more chances to be in the field once the season begins.  Locking in your vacation days for the upcoming seasons in February will allow you to plan for them more effectively as well as protecting them.  Don’t forget to list days-off on all your calendars.  Few things are worse than having the day off from work only to be tied up  elsewhere.

But before we get too far into February, now is the perfect time to relive and reorganize from the fall and early winter seasons just behind us.   Success next season can be greatly influenced by what we do at the end of the last one.  It may be your gear or your photos that need to be gone through one more time before we move onto the next season.  February has the time to do both, if we make use of its 28 days for all we can.

The post February is Time appeared first on NEBRASKALand Magazine. 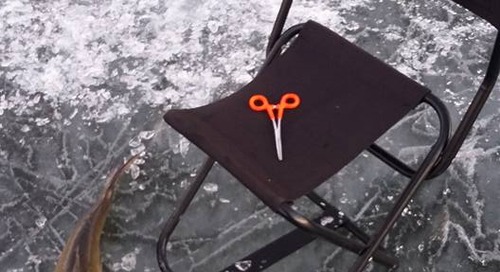 It Is a Fish Eat Frog World!

Recently I got “tagged” on FaceBook with a picture of a channel catfish that had been caught through the ic... 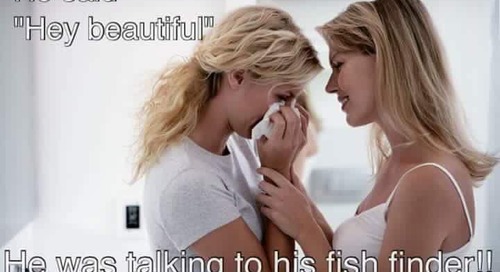 I have a hard time convincing ice anglers nowadays that there actually was a time when we caught fish throu...