I am a little late with this update about egg #4 since I was at the Nebraska Prairie Chicken Festival Friday and Saturday.  However, apparently the fourth egg did appear late Friday or early Saturday. We are at the point where it is more a question of if there will be a fifth egg rather than when it will appear.  If there is a fifth egg, we should see it by Monday morning.    If you are looking for our falconcam, click HERE.

More about the Prairie Chicken Festival a little bit later. 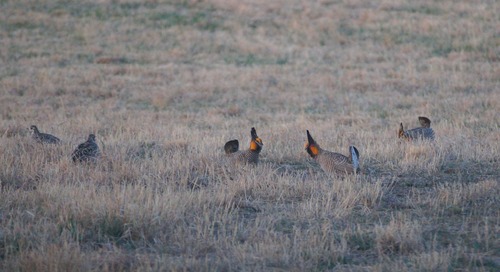 I had the pleasure again this year of helping out with the Nebraska Prairie Chicken Festival hosted by Cala...

LINCOLN – Turkey hunting is challenging and fun, and a great way to spend a spring day with family or frien...