Home » NEBRASKAland Magazine » Dancing on the prairies
× Share this Article

Dancing on the prairies It has been another great year of viewing prairie chickens and sharp-tailed grouse as they performed their mating rituals on the prairie. The displays usually occur from mid-April through the first week of May. If you have never experienced the mating rituals of these two species of birds I suggest you put this on your to do list for next spring.  I cannot express how exciting the mating displays are as these birds gather on their leks to claim territories and the right to breed hens.

In early spring flocks of both species break into smaller groups of separate sexes marking the start of the spring courtship. The males of each species arrive on display grounds called leks before sunrise each day and vie for territory and the favor of females by intimidating other males with vocal and visual displays. Leks are special areas where the birds will return from year-to-year to mate.

Each species displays a different courtship ritual, which are intriguing and spectacular phenomenons. The birds can display for two to three hours with as many as 50 males on a lek.

Prairie chicken displays begin with short, headlong runs punctuated by abrupt stops and rapid foot-stomping along with verbal whoops and caw sounds. During the displays, males erect their plumed warbonnets, which are “ear-like” pinna feathers that they raise and lower during their dances. Along with their sounds the males inflate brightly colored, orange air-sacs on the sides of the necks. With wings drooped and tails spread to their full extent, they produce a resonant booming sound. The display areas for prairie chickens are called booming grounds because of these sounds made by the males.

For sharp-tailed grouse, the display itself is an elaborate combination of cooing calls, rapid foot-stamping, a mechanical clicking of the tail and headlong charges with wings drooped and tail erect. Sharp-tails have purple colored air-sacs that are inflated on their necks. Because of these intricate behaviors their display areas are called dancing grounds.

Both of these birds are an overlooked native species that put on a great mating show. If you get the chance and don’t mind getting up early in the morning this is one sight that should be on everyone’s bucket list. There are many free public viewing areas that are available across Nebraska to view the birds where those observing can interact in the bird’s environment and get a glimpse of the importance for conservation of habitat for these spectacular species.

The post Dancing on the prairies appeared first on NEBRASKALand Magazine. 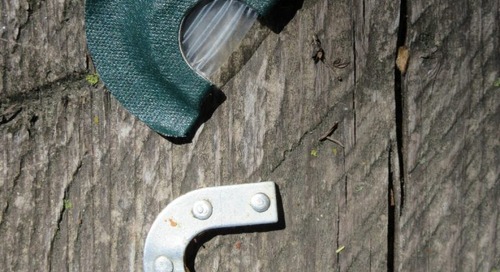 Why Yes, I do speak Turkese

I probably have too much clutter on my dresser.  One thing you can find in the junk and trinkets piled ther... 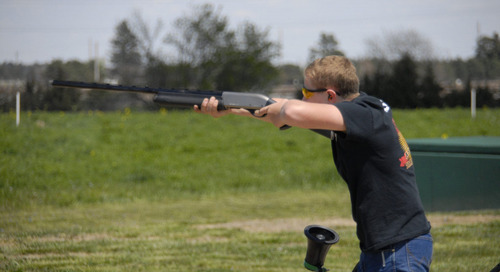 DONIPHAN, Neb. – Thursday was a two-trophy day for Brock Steuben. He was the overall individual champion an...