In another unexpected twist, the Capitol’s Peregrine Falcons appear to have abandoned their five eggs shortly after they completed their clutch.  The pair had just welcomed their fifth and final egg late on 27 April or early on 28 April.   Events seemed to be playing out as expected as the birds’ commenced the month-long incubation period.  Then, inexplicably, the falcons left the eggs unattended Sunday (30 April) morning in the cold and rainy weather.  Both birds have essentially been away ever since.  The only reasonable conclusion is that the birds have now abandoned their clutch. The reasons for this outcome are not known and will likely never be known, but it does come as another surprise at a time when I thought this pair was all out of surprises.  Before the first egg appeared, I had concluded there would be no eggs this year because we were well past the normal egg-laying period.  Once they started laying eggs, I never contemplated they would produce a clutch of five eggs because they were late producing any eggs.   Once they had their clutch, I never even considered the possibility the birds would abandon their eggs because this has never happened before at the Capitol.   I searched the scientific literature to find possible explanations for why the birds’ would do this, but found very little information.  Nest abandonment by Peregrine Falcons appears to be quite rare.

This would seem to be the disappointing end of the 2017 nesting cycle at the Capitol.

If you want to visit Falconcam you can do so by clicking HERE.  Also, remember that Kestrelcam is up and running again this year and it can be found HERE. 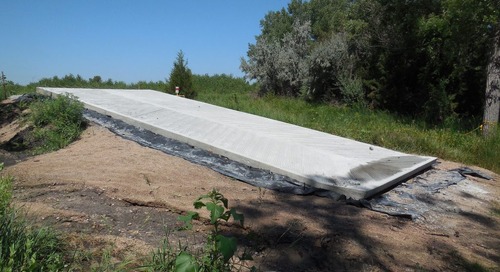 Just a quick news item to blog about today, and I know it will not impact a lot of Nebraska anglers, but it... 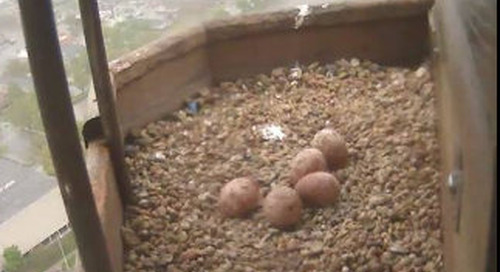 The Peregrine Falcons welcomed egg #5 either very late on 27 April or early on 28 April. The end of April h...