The Peregrine Falcons welcomed egg #5 either very late on 27 April or early on 28 April. The end of April has traditionally been the period when we would expect eggs to begin hatching rather than time when the birds are completing their clutch.  The increasing size of the clutch certainly increases the odds that one or more will hatch.  This has to be it, right?  There won’t be a sixth…will there? 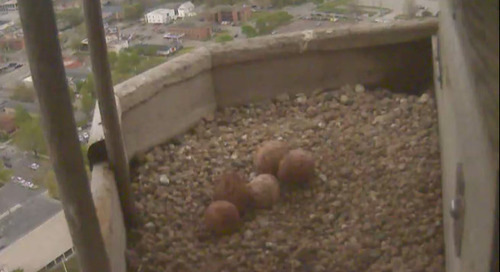 In another unexpected twist, the Capitol’s Peregrine Falcons appear to have abandoned their five eggs short...

LINCOLN, Neb. – A record 2,700 students are expected to compete in the 48th Annual Cornhusker Trapshoot May...