Home » NEBRASKAland Magazine » Zebco Runs Through It
× Share this Article

Zebco Runs Through It

I suppose I better explain the reference in the title of this blog, some of you ain’t old enough to get it.

Back in 1992, you know, last century, there was a movie called A River Runs Through It.  It was about fly-fishing.

Actually, it was about a lot more than that.  If you really want to know, check out the old Siskel and Ebert Review.

My review is shorter:  It was about the adventures of two Maclean brothers growing up in Montana.  It was about family, upbringing, and eventually growing up and going separate ways.  Through it all, a river, fly-fishing, and trout were touchstones for their lives.

Robert Redford directed and narrated the movie.  Brad Pitt played the part of one of the brothers, the one who was a fly-fishing savant.  This, I believe, is the quintessential scene from the movie:

Brad Pitt with a fly-rod?  Are you kidding me?  That scene from that movie made fly-fishing sexy!  The popularity of fly-fishing rides that wave to this day.

I can relate to the Maclean’s.  The outdoors, especially fishing, have been a big part of my upbringing, my family.  I come from hunters, trappers and fishers on both sides of my family.  Like the Maclean’s, fishing is something we have always done together.  It has been a part of our upbringing, for several generations.  It has been the focus of much time together, many of our best memories and greatest accomplishments.

But, the Blackfoot River and fancy fly-fishing gear does not run through my story.  No, the creeks, rivers, pits, ponds, sandhill lakes and reservoirs of Nebraska run through mine.  The gear was usually much simpler.

I have caught a darned lot of fish on a Zebco spincast reel matched with an inexpensive fiberglass rod.

Learned that from my Gramps Roth.

Notice the rod and reel in that photo.  One of those rods & reels now hangs in my basement.

My cousin Robin still takes pleasure in demonstrating what he can catch on a simple spincast rod and reel. Fly-fishers take great pride in showing off the rod on which they caught fish. My cousin does too! We have spent a lot of time on the water and in the field over the years.  I got to be net-man and photographer for this muskie a few years back. Rod in the mouth just to prove it–an homage to Gramps.

Over the years we have learned to spend what we can afford on good equipment.  Given enough time on the water you can see a need for it.  Then you will appreciate it.  But, that does not mean it has to be the latest and greatest.  Does not mean the ole Zebco does not work anymore.

Some time about high school I discovered a need for a better reel, a spinning reel even.  One of the most expensive in the local variety store was an ABU imported from Sweden.  At the time, it was distributed in the U.S. by. . . . You guessed it, Zebco.  I thought long and hard before I handed over my hard-earned cash for that cream and green Zebco Cardinal 4 spinning reel.  I am still using it, and several like it.  Still one of the best spinning reels ever made if you ask me. My cousin and I sure are not the Maclean brothers.  However, I would like to think we have learned some of the same things they did.  It ain’t about boats, depth-finders and GPS units.  Ain’t about the most expensive and bestest gear.

It is about passing it on. And never forgetting where we have come from. The post Zebco Runs Through It appeared first on Nebraskaland Magazine. 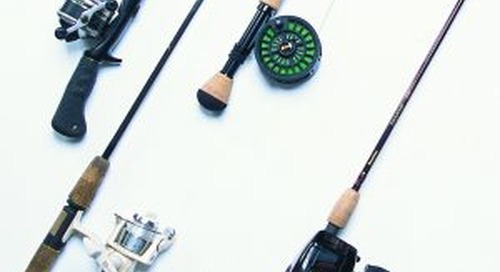 By Larry Pape Nebraska Game and Parks Commission How much time do you want to spend untangling your fishing... 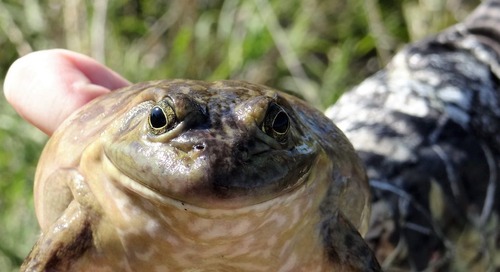 Why Not Jump At The Chance For Bullfrogs