Why Not Jump At The Chance For Bullfrogs

It is a season that opens at 12:01 a.m. on Saturday, August 15th here in eastern Nebraska.

It is an unusual season, but one that just reeks of adventure, challenge and tremendous entertainment value. And, trust me, this is the season that will create memories and stories like no other!

I know what you’re thinking at this point. Why would any sane, rational person trudge through marshy, backwater areas on a warm, muggy night, risk getting bitten on the legs by creatures that you can hardly see, and getting extremely muddy and slimy in the process. Why?

Stay with me here, please.

Simply put, the legs and other meat of bullfrogs are definitely worth the effort to catch them! Granted, most of the meat on a bullfrog is the hind legs but you can eat other parts, too! Don’t forget forget about those nice loin strips on the body, ardent “bullfroggers” will tell you those are better than the legs! Bullfrog meat and legs are nutritious, flavorful, tender, juicy, delicious, and no, they don’t taste like chicken! They are far better, far tastier!

This time-honored, late-summer/early fall outdoor pursuit is also a wonderful way to introduce kids to an aquatic environment. Catching frogs is super exciting since kids can get real close to their quarry. The bullfrogs can be caught and released, if desired. After all, don’t most kids love to chase after and attempt to grab a big frog that is jumping and splashing around the water? Oh, yeah!

Over the years, I have enjoyed trying to catch bullfrogs with friends and family members in late summer at night in Nebraska waters! In high school, I even took a couple dates out for after-dark bullfrog expeditions! Believe me, those dates were far cheaper than pizza and a movie! And, if you’re wondering, there were subsequent dates after the bullfrog jaunts.

Bullfrog hunting is really a misnomer here in the Cornhusker State.

Bullfrogs are aquatic creatures (amphibians) and you need to have a current, valid Nebraska fishing permit to attempt to take or take them.

It depends on where you are planning to pursue and capture bullfrogs for the cooker as to what set of particular regulations apply.

East of U.S. Hwy. 81, the season on taking bullfrogs runs from Aug. 15-Oct. 15.  A minimum length limit has been put on the bullfrogs. They have to be  4 1/2-inches long from snout to vent to be able to be kept. Only the entrails may be removed prior to transport. Additionally, there are limits on how many legal-sized bullfrogs one can have which are 8 in the daily bag and 16 in possession. Bullfrogs may by taken by hand, hand net or hook and line day or night and an artificial light can be used to harvest them.

West of U.S. Hwy. 81, the season on bullfrogs is a different story. It is open year-round and there is no minimum length limit. The daily bag and possession limits are the same as in the east zone, 8 and 16, respectively. Similar methods of harvest are allowed, however, archery and gigging are permitted in the west zone.

Research has been done on bullfrogs and bullfrog harvest in Nebraska for conservation purposes and the regulations (also found in the current Nebraska Fishing Guide publication) are in place to keep naturalized bullfrog populations healthy and renewable in the east. Specifically, the season and limits are in place in the eastern portion of the state to allow bullfrogs to reach maturity and reproduce at least once or twice before they are harvested.

In the western two-thirds of Nebraska, the regulations are more liberal to allow additional harvest on the bullfrogs since they are competing with native frogs (e.g. leopard frogs) in identical aquatic habitats. Bullfrogs, which were introduced to Nebraska long ago (see below), have been implicated in the extirpations of  native reptiles and amphibians. As a result, bullfrogs are considered invasive in biological circles.

The largest frog in Nebraska, the American or North American Bullfrog (Lithobates catesbeianus), is found in many aquatic habitats statewide. Nearly all publicly-accessible waters are open to catching bullfrogs. The bullfrog is almost always hanging out near some source of water such as a lake, pond, reservoir, river or marsh. Warm, still, shallow waters with a lot of aquatic cover, vegetation and algae favor bullfrogs by providing suitable habitats for their food, growth, reproduction and escape from predators.

Look for areas with cattails, willows and young cottonwoods. They are most active at dawn, dusk and nighttime in these areas. They like to move during warm, humid, somewhat rainy evenings. Listen for the male bullfrog’s unique call which is deep, loud and unmistakable. It is a distinctive low-toned baritone-like call, (sounds like a low “Ru-u-umm – Ru-u-umm”). This call can be heard up to a 1/4 mile away from a given location.

Locate the frogs on land, keep the light directly on them so they’ll freeze in position, and then ease in close enough to catch them with a net or even by hand.  Be careful and try to approach low from the blind spot of the bullfrog located in the center of the back of its head. When you commit to catching one, pounce on the frog quickly and firmly grip it. Hold the bullfrog by grasping it around the “upper thighs” with its legs together. Keep in mind that bullfrogs can easily slip out of hands due to their mucus and strong hind legs!

The Cooking of the Frog Legs and Meat

The consistency of bullfrog legs and meat is best described as a cross between sweet chicken-wing meat, and flaky white fish. They have no fat on them. The biggest challenge with cooking frog legs/meat is the same one that’s common to most seafood preparations, namely overcooking. There a several different ways to cook frog legs/meat after washing them off with cold water. Some folks simmer them in white wine, olive oil and garlic. Here’s one of my favorite recipes.

Sprinkle frog legs and meat with lemon pepper, pepper and lemon juice. Dip in favorite breading or cracker crumb/egg mixture. Chill 1 hour. Saute in butter until brown, or fry in very hot canola oil for 3 minutes. Do not overcook. Allow 1/2 pound per person. Savor every bite!

The post Why Not Jump At The Chance For Bullfrogs appeared first on Nebraskaland Magazine. 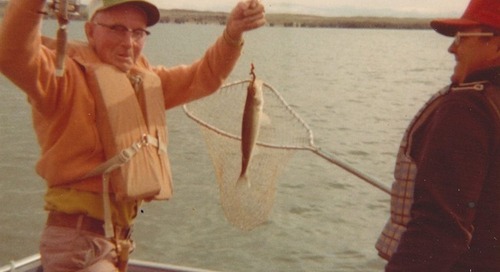 Zebco Runs Through It

I suppose I better explain the reference in the title of this blog, some of you ain’t old enough to get it.... 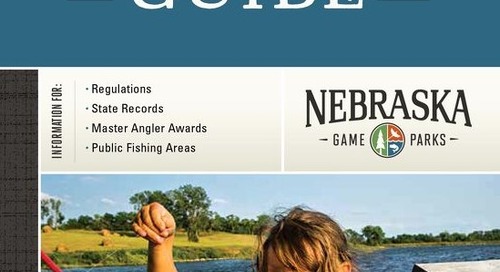 By all accounts, this whole coronavirus thing has done is put more people on the water.  There is no doubt ...