I have heard a lot about May being migratory bird month or something like that.  I am not an ornithologist, so I cannot tell you much about that, but I do wonder “What about the fish?”!

I know, that was a little bit creepy.  I thought it was funny, but I am kind of warped.  By the way, why were all the fish Carp?  Couldn’t they have been Trout and Salmon, or Catfish or something like that?  Maybe the production company got a deal on Carp masks?

I did not even realize there was such a thing as World Fish Migration Day!  But, it obviously does not apply to Nebraska, Nebraska waters, or Nebraska fish.  We do not have Salmon or anything like that in Nebraska waters.

If you go to the website of another state agency, Nebraska’s Department of Natural Resources (DNR), you can find an inventory map of dams on Nebraska streams:

You can see there are a darned lot of dams in Nebraska.  A lot of those would be relatively small dams, farm ponds, flood control structures, and similar structures, but if you look close at DNR’s inventory map you will see the red and yellow symbols represent major dams, many of them on rivers and streams.  Also by looking close, I discovered that in spite of the mind-boggling number of dams plotted on DNR’s inventory map, there are a whole bunch of smaller structures, diversions, culverts, and similar structures that are not included!

I am NOT going to say that every one of those structures is a fish barrier, nor am I saying that all of those dams should go away.  I would be the first to point out that much of the state’s best fishing occurs in reservoirs behind many of those dams; they ain’t going to go away, nor do I want them to go away.

What I am doing is illustrating that there are a darned lot of fish barriers on Nebraska streams and rivers; structures that were not thought of as fish barriers when they were built, and they are seldom thought of as barriers now.  In truth, not all of them are barriers, but a lot of them are, and there are stretches of Nebraska streams and rivers that would have more and better fishing opportunities if there were less barriers!

Fish move, especially fish that live in rivers and streams.  Fish movements of hundreds of miles have been documented in Nebraska’s largest rivers.  Historically, there likely were fish migrations in rivers that ran all the way across Nebraska.  Channel Catfish and Sauger are examples of two sport fish species that historically may have had long migratory routes in Nebraska rivers.  Migratory routes that now have been altered by damming and other human activities.  There is a chapter in the new Fishes of Nebraska book that does a much better job of describing alterations to Nebraska’s rivers and streams and their habitats than I can, “Human Impacts and the River Systems of Nebraska”.  If you are interested, you should read it.

Again, there are a whole bunch of dams and stream barriers in Nebraska that are NOT going to be dynamited, nor should they be.  However, there are some opportunities to accommodate fish movements/migrations around some structures.  For example, a fish bypass was recently incorporated into the Spalding Dam on the Cedar River.  No, there will be no Salmon navigating through that bypass, but Channel Catfish and a variety of other warm-water species should! The Spalding Dam can be seen on the right in the photo above, and the entry to the new fish bypass is the concrete structure just to the left of center.

Here is the entrance with water flowing through it. Inside the fish can zig-zag back and forth: Through a series of baffles and turns designed to slow the flow enough that species like Channel Catfish can make it up and over the dam: We cannot turn the clock back a couple hundred or even a hundred years and eliminate fish barriers on our rivers and streams.  But, there will continue to be opportunities in the future, like dam repairs needed at Spalding, where we can accommodate fish migrations.

By the way, what did the fish say when it swam into the concrete structure?

Sorry, I could not resist.

Funding for the Spalding project provided by: 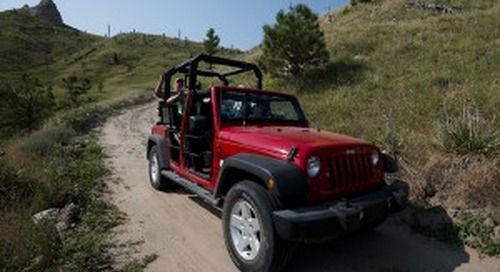 Many of the Nebraska Game and Parks Commission’s attractions in the Panhandle are planning special activiti... 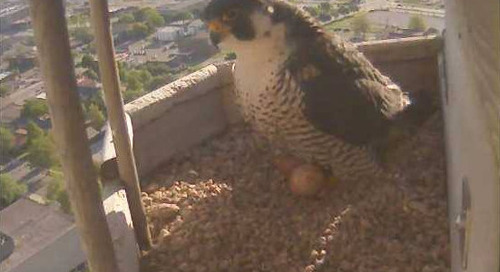 Has time run out?

I’m not real happy about typing another blog post about nothing, as in no news to report.   At this point, ...