LINCOLN, Neb. – Youth from all across the state were winners in the 2020 Nebraska Fish Art Contest, which brings together youth, art and aquatic conservation.

In the contest, young artists create an original illustration of any official state-fish – Nebraska’s state fish is the channel catfish. They also submit a written description of that species’ behavior and habitat, and efforts to conserve it.

The artwork of the top three placers can be viewed at StateFishArt.org. Nebraska’s top three finishers in each age group, including the fish species depicted in the art, are:

“The Nebraska Fish Art Contest is an amazing way to connect with young people and highlight the incredible natural resources our state has that are waiting to be explored,” said Larry Pape, Nebraska Game and Parks Commission aquatic education specialist.

The contest is sponsored by Game and Parks, Wildlife Forever and Bass Pro Shops. 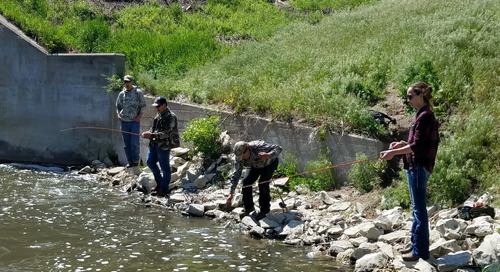 A week or two ago, I referred to my son’s adventures this spring being more notable than mine.  I have shar...