Williams Gap Wildlife Management Area southeast of Gering has reopened to the public after being closed because of a wildfire.

Hunter Baillie, a district wildlife manager for the Nebraska Game and Parks Commission, said visitors to the property should be cautious as special hazards may remain in the burn areas, including falling trees and hot spots.

The wildfire, named the Smokey Fire, burned about 4,349 acres on the Wildcat Hills escarpment, including about 400 acres of the 1,829-acre Williams Gap WMA.

This is the second time wildfire has struck Williams Gap in recent years. In 2020, the Hubbard’s Gap Fire burned about 4,000 acres in the region, including about 60% of the wildlife area. Most of that fire occurred on a different portion of the property than the one this year.

Another wildfire in late July and early August, the Carter Canyon Fire, burned across almost the entire 2,200 acres of Cedar Canyon Wildlife Management Area southwest of Gering, while a sizable portion of the 10,533-acre Carter Canyon Platte River Basin Environments property also was blackened. In total, that fire swept across 15,630 acres.

Fort Robinson State Park’s Haunted Halloween is returning for its second year, but will be in a slightly di... 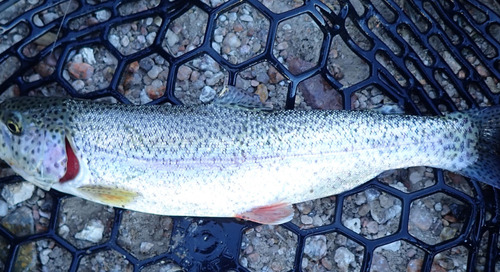 I started getting calls about this over a month ago.  Here you go, the fall 2022 trout stocking schedule: G...