It is the late period for deer hunting now and things can sure get tougher.

I want to use a football analogy that many of you who hunt deer will understand.

For a football team, it is often necessary for coaches to make adjustments to their game plan at halftime.

If the defensive backs are locked in on the receivers every play, consideration is given to a few quick-hitters into the line by the running backs. Conversely, if the defensive linemen are clogging up the middle expecting a run, it’s time to air it out to receivers.

By the same token, as deer hunting seasons reach their final weeks, it’s often necessary for hunters to adjust their game plans. Why? Because if hunters don’t figure out what’s happening and adjust, the opportunities for venison on the dinner table are greatly diminished.

Late-season deer hunting does mean it’s time to rethink strategy and tactics. And, it means paying special attention to details. It also means keeping your trail cameras rolling, glassing from interior farm/ranch roads or high vantage points and watching from various stands or blinds in order to get a handle on deer movement.

Here are some tips to improve the odds for late season deer hunting success, plus some clothing guidelines, several regulation reminders and information on a few special deer hunting programs.

WEATHER FRONTS AND BAROMETER. Weather fronts, and particularly weather-makers, seem to greatly affect deer movement in the late season. Deer will feed heavily a day or two prior to the arrival of a cold front, and then for a couple days after one. When the barometer starts dropping and heavy snow, cold rain or ice threatens to cover their primary food source, the instinctual need of deer to feed shifts into high gear.

WARM DAYS. On warm days, deer simply do not move much as much as normal. In fact, when temperatures climb well above average in the late season and dryness prevails, a variety of food sources may be consumed by deer. Don’t overlook some of those ‘green’ food sources on the stalk or stem to hunt over such as winter wheat. Grassy cover with some ‘green’ undergrowth should not be overlooked. In addition, finding a water source that does not freeze and is near a bedding area may prove to be productive. During late afternoon sessions, be prepared for deer to emerge from cover onto crop fields in the last 10 minutes or so of legal shooting time.

TARGETING DOES. Primarily in the late (firearm) deer hunting season, white-tailed does are the intended target of hunters for deer management purposes. It is recommended that hunters use the best binoculars or optics that are available to them to identify does. Keep in mind that an adult white-tailed doe has a long, rectangular body with a bottle-shaped profile and a round head. Also, does normally are wary and appear nervous.

THE SEASONS. Nebraska’s archery and muzzleloader deer hunting seasons continue through December 31st. The late firearm deer hunting season for antlerless deer opens January 1st and runs through January 16th.  In the River Antlerless Season, the dates are Jan.1-31.  Specifics on the seasons can be found by reading the current 2021 Nebraska Big Game Hunting Guide publication at OutdoorNebraska.gov

REGULATION REMINDERS. Deer hunters are reminded of four important things when it comes to regulations. First, nearly all deer hunters in Nebraska are required to have a habitat stamp in addition to their signed deer permit. Second, at a minimum, 400 square inches of blaze orange clothing (a blaze orange cap and vest) must be worn by muzzleloader and late (firearm) season deer hunters to be seen for safety purposes. Third, before field dressing a harvested deer, the first action that a deer hunter must do is to “cancel” their permit by following the instructions that are listed on the permit. And fourth, with archery, muzzleloader and late (firearm) season deer hunting, the Telecheck system has to be used to legally check in a harvested deer.

SPECIAL DEER HUNTING PROGRAMS. Aside from the regulations, late-season deer hunters need to know that it is not too late to get involved in special deer programs. A couple that assist people in need of healthy protein or who would like to have some tasty venison for the dinner table are Hunters Helping the Hungry and the Deer Exchange. Both are worthwhile Game and Parks Commission programs available to deer hunters where they can gift deer. For particulars about them, go to the hyperlinks that are highlighted.

There is also the Nebraska Antlerless Hunter Database that late-season deer hunters may want to check out, too. This database connects hunters who want to harvest antlerless deer with landowners who are experiencing damage issues from deer on their property. To be considered for the program, hunters need to enter their information at this link.

Keep in mind there are more incentives than ever before to take a new deer hunter in your family or friend network to the field. Consider the Take ’Em Hunting challenge. Visit OutdoorNebraska.gov/TakeEmHunting for more information.

I hope these tips aid you in late season deer hunting.

Bundle up, be safe, enjoy the adventure and making memories!

The post What You Need to Know for Late Season Deer Hunting in Nebraska appeared first on Nebraskaland Magazine. 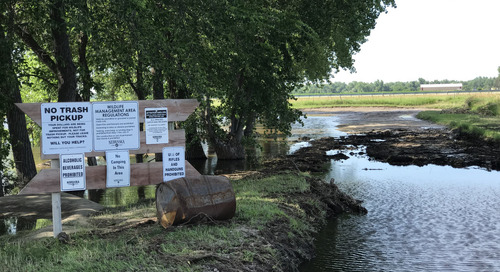 You all know that we had some crazy flooding around the state a couple of years ago.  I am sure you are als... 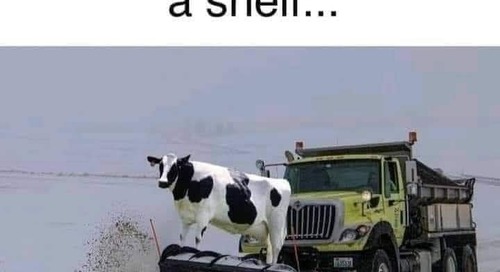 I guess it is “Elf on a Shelf” season.  Somehow I missed out on that Christmas tradition in my upbringing. ...