So far this has been a typical early spring in Nebraska.  We have had beautiful warm days that have everyone revved-up and ready to fish, and then we have slap-in-the-face reality as the wind howls, the temperature drops below freezing, and it snows, again!  Welcome to springtime in Nebraska!

The wild swings in weather make spring fishing especially frustrating, but fortunately we have a variety of fish that can be found in Nebraska waters including cold- and cool-water species that are very active in early spring.  Northern pike are in the middle of their spawning rituals right now, and during the actual spawn they are not so much interested in feeding as they are reproducing, but, there will be some pike post-spawn already and back to replenishing their energy reserves by feeding.

Pike spawn in shallow areas with some type of cover, aquatic vegetation or flooded vegetation is ideal.  Marshy areas are classic pike-spawning habitat.  Start your look for pike right now by finding those areas and then fish there or near there–mouths of bays or points leading to spawning habitat are likely to attract pike that will be willing to bite.  Look for any area where water temperatures might warm a few degrees on a sunny afternoon.

Lake Wanahoo in eastern Nebraska, and a number of sandhill lakes including Pelican, Dewey, and Hackberry on the Valentine National Wildlife Refuge are excellent pike fisheries and would be good places to start.  Nebraska reservoirs like McConaughy, Merritt, Sherman and Elwood tend to have less pike, but offer anglers a shot at some trophy fish up to and over 20 pounds.  Box Butte Reservoir in northwest Nebraska offers both an abundance of pike and a shot at some big fish.

The water is still cold, so start with slow presentations.  On cold days with the toughest bite, still-fish some of that smelt you have left over from ice-fishing.  On a warming trend, toss some artificial lures, but start with those that can be fished relatively slow, crankbaits, large-bladed spinnerbaits, or large streamers.

Make sure to use leaders, and some tools for safely handling and removing hooks are a requirement for catching, and releasing, big toothy predators. 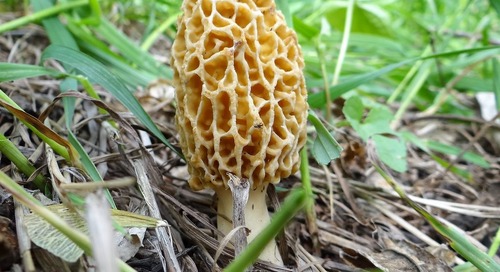 It is the time of year when folklore and science start to collide. But, about what?  I’ll tell you what. Mo...