Home » NEBRASKAland Magazine » What Lurks Beneath, June 2017
× Share this Article

Once again I want to give you an update on the sampling activities of our Game & Parks Commission fisheries biologists and give you an idea of some of the fish they are seeing out there!

You know my usual disclaimer, when fisheries biologists are sampling fish we do NOT necessarily go out and just try to collect the biggest fish.  Anglers as a group will see more big fish, and often the biggest fish because anglers target big fish.  However, in collecting a representative sample of fish, our biologists will see some beautiful specimens and those are the ones I like to tease you with.

Recently, our southeast regional fisheries biologists have been sampling a variety of waters for a variety of fish.  Included in that has been some sampling specifically for catfish on a couple of waters.  Boat electrofishing is very effective for sampling some species of fish, and by using very specific settings that is particularly true for sampling flathead catfish.  Our fisheries biologists have closely monitored the flathead catfish population in Branched Oak Reservoir over the years, and although they have reduced some of their sampling effort in recent years, we still keep close tabs on that flathead population.  They did some electrofishing for Branched Oak flatties this past week.

I did not make it out in the field with the guys this time, I have in the past, but I can tell you that over the years our biologists have handled thousands of Branched Oak flatheads.  I often tell folks that there are flathead catfish in Branched Oak from 6 inches to 60 pounds.  When sampling those fish, we commonly see 20- and 30-pound flathead catfish, and occasionally fish larger than that.  However, of all of those flathead catfish, we have seen few over 50 pounds.  This past week they collected a couple of those hawgs!  Here is what an honest-to-goodness 50+ pound flathead looks like!

A fish like that takes up the whole front of the boat, over 46 inches long!  Yes, it takes a couple of bodies to safely handle fish that big!

Likewise not a lot of wipers in Branched Oak now, although there appears to be some up-and-coming year classes, and there are some big wipers.  Take a look at these two!

The smallest of those wipers was over 9 pounds, the biggest, over 12!

All of those fish were released unharmed, they are there, but remember that ALL wipers and flathead catfish caught from Branched Oak must be released immediately.  Let me add that if you are fishing for those big flatheads or wipers, you must be prepared to safely and quickly handle those fish so that they can be released in good condition (Fish Handling).

The guys sampled one other flathead I want to tell you about, a special fish.  Here is what it looked like: If you look close you can see a couple of tags on that flathead.  One of those, the one on the side, was a radio tag!  A few years ago we did some radio tracking of Branched Oak flatheads.  That tracking work has been done for awhile as we only had a few fish with radio tags and the batteries on those transmitters have long since expired.  So, it was a little little surprising to again see a flathead with a radio tag.  Some of what I can tell you about that fish is even more surprising. . . .

That particular fish was nicknamed “Radar”.  The radio tag was placed on it in 2013 when it was 14.6 inches long and weighed almost exactly 1 pound.  That fish was tracked during the life of the radio tag’s battery in 2013.  It never moved.  In fact it moved so little that the biologists doing the tracking wondered if the tag had come off of the fish and was sitting on the bottom of “the lake”.  The recapture of “Radar” four years later proves that the fish never lost its tag.  Oh, by the way, it was recaptured in the exact same spot where it was tagged!

One thing that was learned during the tracking of Branched Oak flatheads was that some fish were “homebodies” that seldom moved and did not move far, and other fish appeared to be “roamers” and covered a lot more territory.  I am aware of other tracking studies even for other species of fish that found that some fish tend to be “homebodies” and some tend to be “roamers”.  Maybe those are different life strategies that both work, maybe it is indicative of a healthy population of fish where some occupy ideal habitats while others roam and “fill in” habitats as they become available?

Anyway, I digress.  Sorry, the pointy head shows through now and then.

“Radar” had been a very successful flatty since it was tagged.  It had grown to 21.8 inches and 4.9 pounds in four years, and was in very good condition!

One more fish I will tell you about before I quit.  The same crew did some catfish electrofishing over at Pawnee Reservoir.  By the way, Branched Oak is not the only reservoir with a good flathead population (wink, wink).  They also collected a number of blue catfish over there.  We see a handful of big blues at Branched Oak, but they found numbers at Pawnee.  We have only been stocking blue catfish in Pawnee since the low dose rotenone treatment, but it appears survival has been very good.  Most of the blue catfish at Pawnee have been running 12-14 inches, but they found one as large as 16.8 inches and a couple of pounds.  Looks like we might have a good blue catfish fishery at Pawnee in the coming years.

As I said earlier, all of the fish sampled by electrofishing go back in the water after our biologist collect the data they need.  I can guarantee you those fish are swimming in those waters right now.  I cannot guarantee that they will bite, that is all up to you!  GO FISH!

The post What Lurks Beneath, June 2017 appeared first on NEBRASKALand Magazine. 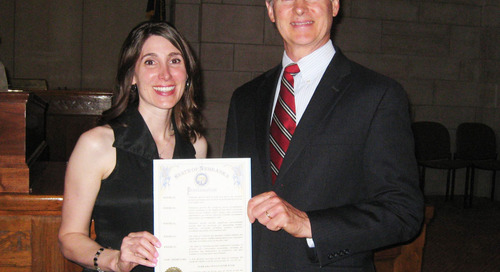 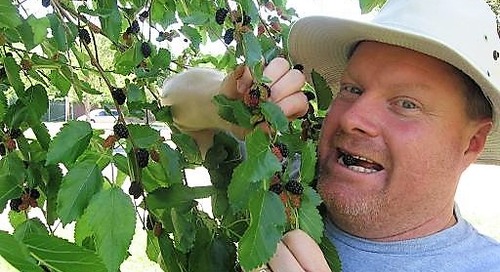 Maybe it’s just the kid in me, but I love to pick and eat mulberries. Growing up on the rural western edge ...