Maybe it’s just the kid in me, but I love to pick and eat mulberries.

Growing up on the rural western edge of Gretna, NE, my buddies and I would always bug the area farmers for permission to pick and eat ripe mulberries in their woods and along their fence rows this time of year. It marked the start of summer for us. Ah, those were the days …

Our mulberry trees, at least in the Omaha-metro area, have just started dropping their berries, so it’s time to begin harvesting them.

Okay, I know some of you despise mulberries, because they drop those dark purple-reddish berries that stain sidewalks, driveways and vehicles, but they’re such an abundant source of free fruit this time of year. Instead of cussing their staining powers, get foraging and celebrate those scrumptious, free berries!

Come on, how many of you fondly recall the days of having purple feet, lips, tongue and hands, huh?

But, how well do you really know the mulberry tree and its fruit, huh?

With over 300 varieties worldwide, the Mulberry (Morus spp.) is a medium-sized, deciduous tree native to the warm, temperate, and subtropical regions of Asia, Africa, and the Americas. The three common species of mulberry throughout the United States are white (Morus alba), red (Morus rubra), and black (Morus nigra). All three have similar characteristics, which may make them difficult to distinguish. Records from the University of Nebraska-Lincoln indicate the red mulberry is native to Nebraska, but that the introduced white mulberry may also be found here.

The mulberry, a shade-tolerant, lowland species often growing in the under story of woodlands, is east to spot. It looks sort of like a “blackberry tree” with light-colored bark and lightly-serrated leaves with prominent, light-green veins. From a broad perspective, the mulberry occurs in wooded river valleys, ravines, and along moist sheltered slopes. More specifically, mulberries tend to thrive in many places such as along woodland edges, fence rows, utility lines, alleyways, sidewalks, etc. Mulberries can spread and sprout new trees through suckers via root systems (a sucker is a vegetative, adventitious growth coming from the root system of a mulberry tree). It has also been said by ecologists that mulberry seeds have been spread through the passing of their seeds in the feces of vertebrates.

Mulberry trees are commonly dioecious, meaning that they are male or female, and the female-bearing trees require the pollen of the male, non-bearing trees to set fruit.

The fruit of the mulberry is rather interesting. Technically, mulberry fruit is an aggregation of small fruits arranged concentrically around the central axis as in the blackberry. Each fruit measures about 2-3 cm (1/2 inch)  in length. In most species, mulberries feature purple-red color while ripening; however, there can be white, red, purple or multiple variegated colors on the same berry.

Mulberry fruits in Nebraska are generally ripe in late spring and early summer.

Besides we humans, wildlife utilizes the mulberry tree as well. In Nebraska, the leaves and twigs provide browse for white-tailed deer. Also, the leaves provide larval food for two butterflies — mourning cloak and red admiral. An array of birds and small mammals eat the fruit of the mulberry.

Fresh mulberries are consumed in so many ways.

You can pick them right off the tree and eat them, if you wish.

One cautionary note to pass along regarding the mulberry trees in your neighborhood or neck of the woods. When talking with the landowner to get permission to pick mulberries from a given piece of property other than your own, make certain those trees have not been sprayed or treated with harmful chemicals.

If you do plan to eat mulberries raw, keep in mind they have a very short life in the refrigerator, about 3 days (which is why you don’t see them fresh in the store). So, don’t collect a bunch and then waste them. However, you can dehydrate mulberries in the sun, just make wild animals cannot get to them and bring them in at night, or put them in a dehydrator.  Once they are fully dry, they will keep all year! Dried mulberries are a wonderful snack treat in the winter. Some folks even freeze their mulberries and blend them into smoothies at a later date.

Mulberries provide very tasty toppings for everything from ice cream to yogurt to breakfast cereals, too. The small, flavorful fruit of mulberries have been used for centuries in pies, jams, tarts, wines, and teas. Mulberries work well in almost any recipe that calls for blueberries or blackberries. Since they’re not as sweet, they tend to do better in sweeter recipes, like jams, cakes, pies, scones, etc.

As mentioned,  you can pick ripe mulberries right off of the tree, if you want, but here’s the best way to harvest mulberries in great number.

– Grab an old, clean sheet from the closet.

– Spread it out under the mulberry tree.

– Shake the branches directly over the sheet. All of the ripe, best-tasting berries just fall off and onto your sheet! If you’re careful, you can also use a ladder to reach some of the higher branches.

– Gather the corners of the sheet and slide all the berries into the middle of it.

– Gently slide the pile of berries to the edge of the sheet and pour the berries into a large bowl or pail. Repeat the process going around the remainder of the tree.

– Sort and rinse your berries with cold water as you will get some small twigs and leaves in this process.

What’s truly fascinating though about mulberries is that they are not only delicious, but they are a highly nutritious food. They are chocked full of vitamins and minerals, such as Vitamin A, Vitamin C, Vitamin E, Vitamin K, iron, folate, riboflavin, calcium, magnesium, phosphorus and potassium. These berries are also a great source of dietary fiber and protein making them high energy foods. Nutritionally, the mulberry is considered a “superfood” due to its high antioxidant, high energy content and virtually nonexistent fat content.

Mulberries also contain flavonoids and phyto-nutrients and are extremely high in anthocyanins which help to fight against cancer as well as reduce aging and neurological diseases, inflammation, diabetes, and bacterial infections.  The berries also contain resveratrol, a powerful blood flow increasing antioxidant which you have probably heard promoted through the wine industry.

When it comes right down to it, tasting seasonal mulberries offers the consumption of a product straight from nature that nourishes both bodies and relationships as well as a chance to build outdoor memories and create an appreciation for our natural world close to home.

Here’s a delicious, simple recipe for you to try with your mulberries:

Preheat oven to 400f.  Roll out bottom crust, press into pan and let chill in the refrigerator.

Clean berries and snip the stems. Mix with sugar ,flour and lemon juice.  Let sit for 15 minutes.  Pour berries into the bottom crust.

Roll out remaining pie crust and either lay on top, cutting to vent or use cookie cutters to make shapes and decorate the top.

Bake for 15 minutes and then turn oven down to 350f. Bake for another half hour, rotating halfway through or until top is nicely golden. 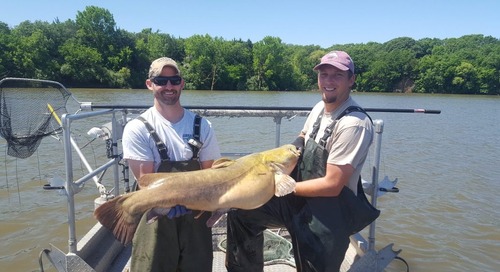 Once again I want to give you an update on the sampling activities of our Game & Parks Commission fisheries... 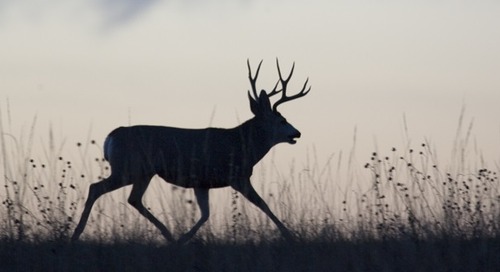 The fish are biting and camping is just heating up.  There are hikes to take, birds to see and even frogs t...