I have long touted Nebraska as a land of diversity.  We truly are the place where “north” meets “south” and “east” meets “west”.  Our state has a diversity of geography, climate and habitats.  As a result, we also have a diversity of fish and wildlife.

You know that big fish turn my crank, big fish of any species, but who doesn’t get fired up by fish that weigh double-digits?  Yes, I spend a lot of time pursuing those fish every year.  I also spend a lot of time fishing for a variety of other species.  You know what?  They are all fun to catch, and each unique, worthy of pursuit.

As a matter of fact, a person can have a lot of fun just trying to catch a variety of species of Nebraska fish.  Some keep a list of the number of species they have caught on hook & line.  I have not kept a rigorous list of fish I have caught from Nebraska waters, but doing some ciphering I can think of at least 45+.  I know Nebraska anglers who have tallied many more than that!  Some have even gotten into the “micro-fishing” game and are having fun catching a variety of minnows, darters, and other lesser-known species.

Part of the fun in fishing for a variety of species is discovering unknown gems–beautiful little fish that might have been living right under your nose!  For example, there is nothing purdier than an orange-spotted sunfish.

Orangespotted sunfish can be found in many Nebraska rivers and streams.  They prefer habitats out of the current, preferably with some weedy, woody, or rocky cover.  A really big orangespot is maybe four inches long.  If you tackle down, they can be caught on hook & line just like any other sunfish.

Let me give you a couple of other examples, a couple of fish my son has caught this spring:

Pumpkinseeds are another species of sunfish.  They are a species more common in waters to the north of Nebraska, but there are a few spots in northern and western Nebraska where you can catch some pumpkinseeds.  You will catch a bunch more bluegills than the pumpkinseeds, but if you look close, you will notice the difference.

Love the sunfish species.  They are all beautiful fish.

Another native species swimming in Nebraska’s sandhills and especially the Elkhorn River drainage is the smallest member of the Esocid or Pike family, grass pickerel.  My son has caught northern pike and muskies, big ones, but he kind of wanted to complete an “Esocid Slam”.  All he needed was the smallest, a grass pickerel.  As you know, Nebraska’s sandhills are full of water, have been since last year; that means lots of flooded ditches and wet meadows–grass pickerel habitat.  Daniel poked around enough of those kind of spots that he finally spotted some pickerel, and then got one to bite!

In this coronavirus craziness, you have been fishing close to home, and maybe you are getting in a rut.  Maybe you need to try something different?

Try fishing some different waters, maybe even some you never thought of before.  Keep an open mind, explore, see what you can find, but be careful, you just might learn to be a better angler in the process! 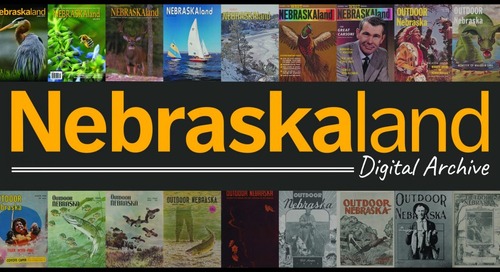 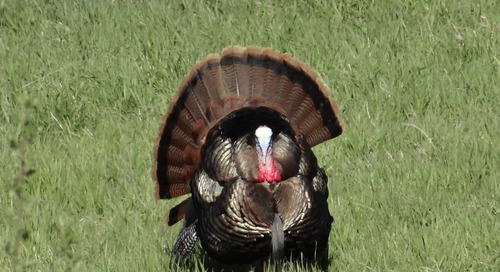 We are in the late season for spring wild turkey hunting in Nebraska. Using a baseball analogy, it is the b...