Upgrades completed at state park and recreation areas across Nebraska

LINCOLN, Neb. – The Nebraska Game and Parks Commission has upgraded electrical campsite offerings, replaced aging water systems and other infrastructure, and upgraded or replaced shower houses and restrooms at dozens of state parks and recreation areas across Nebraska.

Additionally, new features at state parks including lodging, an aquatic center, an interactive stream and more will provide park visitors with new experiences.

Since 2014, Nebraska Game and Parks has made improvements at parks statewide, including:

 Upgrading or replacing restrooms and showers at 34 park areas;

 Making shoreline improvements at Platte River State Park’s Jenny Newman Lake to include accessible fishing piers and a boat ramp. Additionally, an interpretive stream, dubbed Crawdad Creek, was created to flow through a series of shallow ponds in which children can play as they discover riparian and pond environments.

“Visiting Nebraska’s state parks and recreation areas has become a time-honored tradition for thousands of families,” said Jim Swenson, Parks Division Administrator for the Nebraska Game and Parks Commission. “Our top priority is that our parks are well-maintained and offer activities and amenities that resonate with our visitors and showcase the beauty and history of our state.”

Many of these improvements were made possible through a $17.5 million allocation made by the Nebraska Legislature in 2014 to address deferred maintenance needs.

Additionally, funds generated through the sale of park entry permits, lodging and other park use fees have been used to pay for recent park improvements. In 2016, the Nebraska Legislature granted the Nebraska Game and Parks Commission the authority to raise park permit fees. New fees went into effect in 2017. Park cash funds have assisted with renovations to the caboose cabins at Two Rivers State Recreation Area and cabins at Mahoney State Park, among other projects.

“We are grateful to our park visitors for their support of the new fees and helping keep our cabins, campgrounds and other amenities vibrant,” said Nebraska Game and Parks Director Jim Douglas. “Fees paid by park visitors are an investment towards the continued maintenance of their state parks.”

A more complete list of improvements to date is available at outdoornebraska.gov/parksprojects. 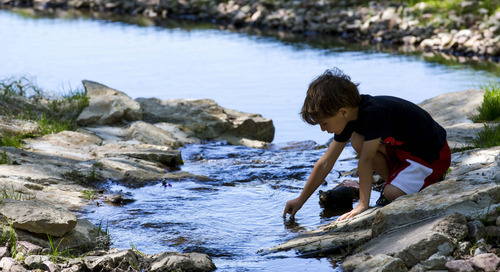