Two Nebraska Lakes Among Top 100 for Fishing and Boating

LINCOLN – Voters have selected two Nebraska lakes to a list of 100 family-friendly boating and fishing lakes in the nation.

The following Nebraska lakes made the annual top 100 list, which is compiled annually by the Recreational Boating and Fishing Foundation (RBFF): Lake McConaughy State Recreation Area (SRA), No. 59; and Harlan County Reservoir, No. 94.

“Lake McConaughy is located in western Nebraska at the edge of the beautiful Sandhills, which provide Lake Mac with more than 75 miles of white, sandy beaches, all of which are open to the public,” said Colby Johnson, superintendent of Lake McConaughy SRA. “Boating and fishing infrastructure is located conveniently at several areas around the lake and anglers can target dozens of fish species.”

Florida’s Everglades National Park was voted the No. 1 place to fish and boat in America. The list was announced June 2 by RBFF. Nearly 650,000 votes were tallied nationwide in this America’s Top Family Fishing and Boating Spots Sweepstakes – up 132 percent from 2015.

Criteria for the top places to boat and fish included having a public body of water within an hour of a major city, good fishing opportunities and family-friendly amenities.

RBFF also encouraged Nebraskans and anglers and boaters across the nation to celebrate National Fishing and Boating Week, June 4-12, by enjoying their favorite fishing or boating lakes.

RBFF is a nonprofit organization whose mission is to increase participation in recreational fishing and boating, thereby restoring and protecting the nation’s aquatic natural resources.

For a complete list of the top 100 lakes, visit:
https://www.takemefishing.org/blog/june-2016/check-out-america%E2%80%99s-top-family-fishing-and-boating/.

The post Two Nebraska Lakes Among Top 100 for Fishing and Boating appeared first on NEBRASKALand Magazine.

LINCOLN – Throughout June, Niobrara State Park will hold a variety of family-friendly events for outdoor en... 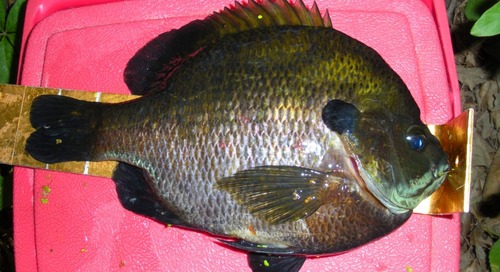 My buddies here at the Game & Parks Commission, Jeff Rawlinson and Aaron Hershberger have been taping some ...