Some of Nebraska’s most common wildlife have the most magnificent survival abilities. A blast of below-zero temperatures got me thinking about a species I often catch sight of while casting a fishing rod over the soft water, but is nowhere to be seen around my holes in the ice.

Painted turtles (Chrysemys picta) basking on a partially submerged log is a familiar scene at ponds throughout Nebraska, and much of the United States for that matter, during summer months. It is not uncommon to see as many as a dozen or more on the same log. Where, though, do those turtles go when temperatures drop and a heavy sheet of ice surrounds that log and covers that pond from shore to shore?

Painted turtles, snapping turtles and other species of water-loving shelled reptiles survive the winter in a fascinating way – they hibernate in the mud at the bottom of the pond. They do not have gills and still need oxygen, though, so how do they get by without coming up to breathe in the cold air as we do?

When temperatures drop, these turtles adjust their metabolism, so they expend much less energy, and use a process known as cloacal respiration to glean just enough oxygen from the water to survive. Cloacal respiration – or to put it another way – breathing through their butts.

The cloaca on these turtles – an orifice at their posterior – features a pair of bursa sacs that absorb oxygen from the water to be used for respiration. With how little these turtles move at this time of year, it does not take much oxygen to survive. Hanging out in the mud breathing through the butt seems like a boring way to spend a winter, but you’ve gotta do what you’ve gotta do to get by.

Not all turtles winter in this manner. The ornate box turtle, for example, also has a special tolerance to freezing temperatures, but as a terrestrial species, does it in a different way. It, too, ekes out the cold in hibernation, or as biologists like to call it, brumation. As winter approaches, the box turtle either digs a burrow, if the ground is soft enough, or uses a burrow created by another animal and settles down for three to five months of dormancy. It is a hard time of the year to be a box turtle. In fact, most hatchlings die in their first winter. The hardiest and best-protected ones, however, re-emerge when warmer temperatures arrive.

Seems we all slow down a little when winter rolls around. True to the stereotype, though, those enduring turtles are a little better at slowing down than most of us.  ■

The post Turtles: Slowing Down for Winter appeared first on Nebraskaland Magazine. 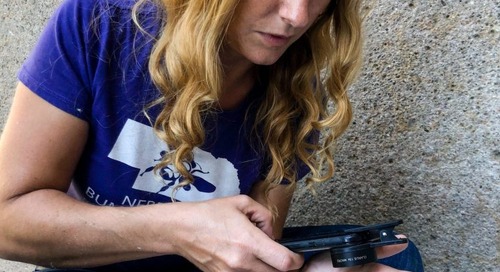 Making their own discoveries. Jessica Gieseke is a bumble bee-catching machine. She picks her way through a... 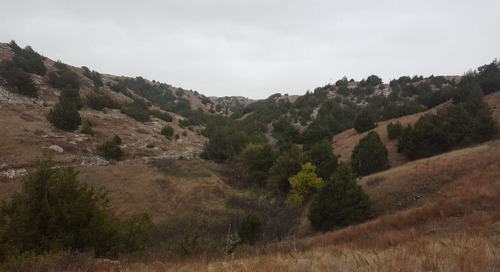 Eastern redcedar invasion is the single largest threat to native grasslands across the Midwest, including t...