Eastern redcedar invasion is the single largest threat to native grasslands across the Midwest, including the biologically unique Sandhills of Nebraska. This hardy, fast-growing species has long been appreciated for its use as an effective shelterbelt or natural snowfence; wildlife management agencies, including the Nebraska Game and Parks Commission, have planted eastern redcedar to provide habitat and winter cover for wildlife.

In retrospect, that wasn’t such a good idea. Eastern redcedar grows quickly and is extremely adaptable to a wide range of climates and landscapes. Research shows that under the right circumstances, eastern redcedar can convert open grassland to a closed canopy woodland in as little as 40 years.

It’s also not as good for wildlife as we initially thought, particularly for upland game birds.

“Cedar encroachment is definitely one of the biggest threats to our existing populations of greater prairie chickens,” said John Laux, upland habitat and access program manager for the Nebraska Game and Parks Commission.

Prairie chickens have a low tolerance for trees and other disruptions, such as development and conversion of grassland to cropland, Laux said. Researchers aren’t sure why prairie chickens are so sensitive, but a recent study of lesser prairie chickens in Kansas indicated that the birds would stop using an area when cedar density reached just 2 or 3 trees per acre.

Ring-necked pheasants have a more complicated relationship with eastern redcedar. Pheasants will still use grasslands as cedars move in, Laux said. However, this is often to their detriment, as cedars provide habitat for predators including skunks, raccoons, bobcats, and raptors – which together impact nesting success.

Pheasants do use cedars for cover during harsh winters, Laux said, and for many years, wildlife managers believed planting eastern redcedar was critical to winter survival of the birds. Recent research shows that this isn’t the entire story.

“Eastern redcedar does provide an important type of winter cover during blizzard conditions when all the other vegetation is socked in with snow,” he said. “That being said, cedar cover is far more important in states farther north of us where they experience much harsher winters.”

Laux estimated it was only once every 12 years or so that Nebraska had a winter severe enough that eastern redcedar proved critical to the winter survival of pheasants. However, any gains in winter survival because of the trees are offset by predation during the spring and summer months.

“When we have eastern redcedar adjacent to nesting cover, you’ll likely see a negative impact from predators every single year,” Laux said.

Game and Parks is currently working with partner organizations including the University of Nebraska-Lincoln and Pheasants Forever to stop the spread of eastern redcedar through use of prescribed fire.

Through prescribed fire, cedar encroachment is holding steady in some parts of the state. But throughout most of the state, including the Sandhills, eastern redcedar continues to spread and to thrive. Where cedars thrive, game birds, unfortunately, likely won’t. 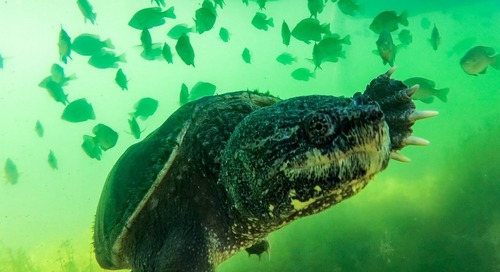 Some of Nebraska’s most common wildlife have the most magnificent survival abilities. A blast of below-zero...

Changes made to Thanksgiving pheasant release