Home » NEBRASKAland Magazine » To egg or not to egg, that is the question
× Share this Article

Back on 22 March on this blog, I made the brash and incorrect prediction that the Peregrine Falcons at the Capitol would have an egg by 27 March.  This was largely based on the fact that the Woodmen birds had an egg by 20 March and the Capitol birds are usually about a week behind with their first egg.  It is now 5 April and no egg has been laid, which is raising questions whether Alley and 19/K will breed this year.   Before anyone rushes to any conclusions, lets have a look at some data. Below is a table showing when the first egg was laid at both the Capitol and the Woodmen over the past six years.  I’ve also included the average March temperature in the Lincoln area because I’ve speculated that variation in egg laying dates may be partially explained by the type of early spring we experience; the birds would lay earlier during a warm spring and later during a cold one.

As you can see, the range of first egg date for the Capitol birds is from 26 March to 9 April for the period 2012-2016.  The average or mean first egg date is 1 April.  The range of the first egg date for the Woodmen is 25 March-1 April for the period 2012-2016, with a mean date of 27 March.  On average, the Woodmen welcomed the first egg about five days earlier than the Capitol.  The latest egg-laying at both sites occurred in 2013, which was also a rather cold spring.   The earliest egg laying (other than at the Woodmen in 2017) was in 2012, which was also a record warm spring.   Beyond the outliers, the relationship between average March temperature and first egg date is not well-defined.  Temperature data are not available for March 2017, but February of this year was the third warmest on record since 1895.  The first half of March was warm as well and it has only been recently that temperatures have been below average.   This may explain why the Woodmen birds laid their first egg early this year.

So what does this mean?  I’m not sure (then what’s the point of this diatribe, right?), but it should be apparent that with each passing day that there is no egg in the nest box, chances increase there will not be any this year.   However, the fact that these birds have laid eggs later in spring in the past means there is still a chance.   Last year’s hatching episode is a great example of why counting this pair out is never a good idea.  The answer to whether the Peregrine Falcons will lay any eggs this year should be known within a week and can be answered by keeping tabs on our Falconcam.

The post To egg or not to egg, that is the question appeared first on NEBRASKALand Magazine. 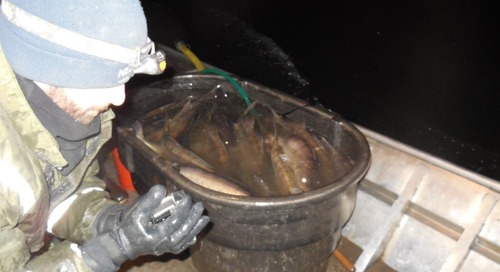 It is early April, and Walleye Love is in the Water!

I hate to repeat “stuff” on my blog, but when talking about fish and fishing, a lot of what happens occurs ... 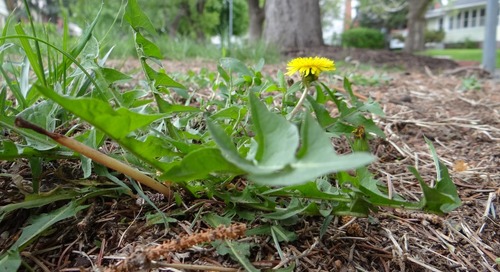 While you’re waiting for those succulent morel mushrooms to pop up in size and number, there’s another spri...