The Worth of a Wild Goose

Canada Goose Hunting in Nebraska and “the Leopold tingle”

In his classic 1949 book A Sand County Almanac, Aldo Leopold, the father of wildlife conservation, asked:

“What is a wild goose worth? I have a ticket to the symphony. It was not cheap … but I would forego the experience for the sight of the big gander that sailed honking into my decoys at daybreak this morning. I saw him, I heard the wind whistle through his set wings, as he came honking from the gray west, and I felt him so that even now I tingle at the recollection. I doubt not that this very gander has given ten other men a symphony ticket’s worth of thrills.”

However, around the time Leopold’s book was first published, harvesting a Canada goose in Nebraska was a newspaper-worthy event. Even after laws and regulations came to protect them after market hunting had decimated their populations, Canada geese remained a highly prized species of waterfowl.

By the time Bob Devaney arrived to coach football at Nebraska and collected the program’s first national titles in the early 1970s, the harvest of Canada geese in Nebraska was averaging a little over 12,000 geese. By the time his successor, Tom Osborne, had collected three more titles in the 1990s, the harvest of Canada geese had grown to around 72,000. Now, that average has exceeded 100,000 in the last few years.

The easiest part of hunting Canada geese nowadays is that they can be found across the state. After that, trying to match wits with a flock of geese becomes an investment in scouting and locating, setting decoys, concealing yourself or blinds, knowing the weather and the art of calling.

When the match goes in favor of the geese, which it does often, its hard lessons are learned. But when you win the match, you know and understand the tingle Leopold expressed.  ■

“My notes tell me that I have seen a thousand geese this fall. Every one of these in the course of their epic journey from the Arctic to the Gulf has on one occasion or another probably served man in some equivalent of paid entertainment.” – Aldo Leopold, A Sand County Almanac Doug specializes in hunting and fishing photography. Joe Braun is a self-taught photographer in Eastern Nebraska, find him on Instagram

The post The Worth of a Wild Goose appeared first on NEBRASKALand Magazine. 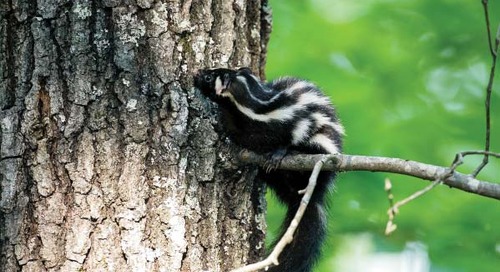 The Most Secretive of Skunks 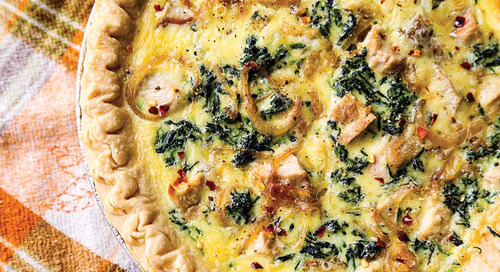 An easy wild game breakfast pie. This is, hands down, one of my favorite pheasant recipes. If you have gues...