A distinctive finch with an unusual beak

The red crossbill is a distinctive finch whose crooked beak usually catches one’s attention. Rather than being a deformity, the odd beak is an adaptation that the bird uses to extract its preferred food source – seeds from the cones of conifers such as pines, spruces and firs. Although its specialized beak may give the red crossbill an advantage in foraging on its preferred cone type, its relationship with conifer cone seeds is a double-edged sword that in many ways defines the species’ entire life history. A bumper cone crop influences if and when the species breeds, and poor cone seed production may force individuals and populations to undertake nomadic wanderings across the continent in search of food.

The close relationship between bird and seed has also resulted in the evolution of different populations that are referred to as “types,” not unlike the way tropical hummingbirds have evolved unique bill shapes and lengths as their preferred flowering plants evolved. Crossbills belonging to different types are biologically-isolated from each other. Overall size, beak shape and call notes differ among types. Only one type of red crossbill can generally be found year-round in Nebraska in the Pine Ridge and Wildcat Hills.
This type of red crossbill is adapted to extracting seeds from the cones of the common conifer found in these regions – the ponderosa pine. Occasionally, red crossbills occur anytime of the year in other extensive areas of ponderosa pine, such as the middle Niobrara River valley or planted forests at Bessey or McKelvie Nebraska national forests, as well as in cemeteries and at backyard feeders.

Other types of red crossbills can occur anywhere in Nebraska on occasion during years of poor cone crops of their preferred conifer species. When large numbers appear suddenly such an event is referred to as irruption. A major red crossbill irruption occurred in Nebraska in October 2017 and included red crossbill types that breed in the Pacific Northwest and Intermountain West. This irruption was short-lived, though, and it is virtually impossible to know when the next one may occur. Individuals who maintain bird feeders may get lucky and occasionally attract red crossbills. Otherwise, the bird feeders at Wildcat Hills State Recreation and Nature Center often host this species where crossbills and their peculiar beak can be appreciated at close range.  ■

The post The Red Crossbill appeared first on NEBRASKALand Magazine. 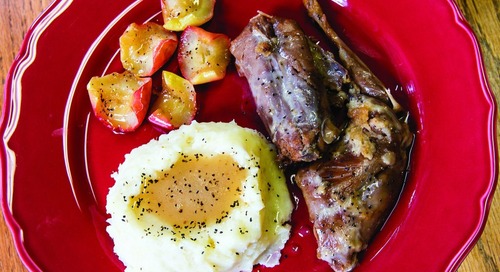 A forgotten family recipe When I was growing up, once a year my family would shoot a few rabbits while hunt... 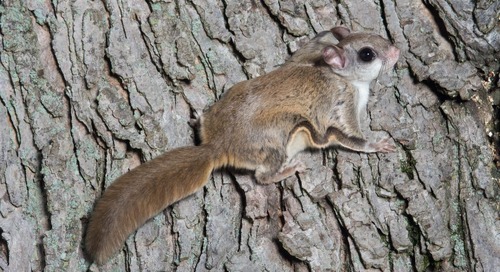 Nebraska’s Threatened and Endangered Species In spring 2004, I was attending a National Association of Inte...