Home » NEBRASKAland Magazine » The Book of Names
× Share this Article

Plain and unremarkable, the black binder usually sits on a small coffee table in Fort Atkinson State Historical Park’s visitor center. But inside, it contains a remarkable picture of Fort Atkinson: Its pages list the names of everyone known to have lived at the fort, along with details about them that can reveal personalities, backgrounds and their futures.

Susan Juza, Fort Atkinson’s long-time curator and a passionate lover of history, began the project as a relatively new employee at the fort, wondering exactly who had lived there. “If we were the largest military fort west of the Missouri River, what does that mean?” Juza said. “Did we have 300 people? Did we have a thousand people? We were guessing.”

Now, more than 20 years later, she’s gathered names and information for about 1,200 individuals, from generals to servants and slaves. Most entries include a person’s name, rank and company, along with any personal information Juza could dig up, including age, height, eye and hair color, place of birth, former occupation, and details about their life at the fort.

As you read, interesting stories and people emerge. For example, Eliza Woolley died in 1826 and was immersed in 70 gallons of rum to be sent downriver to Pittsburgh for burial. (Her grave there has since been located.) There also was the unlucky John McCormick, who attempted desertion — one of the worst crimes you could commit in the military at the time — and had his ears clipped for it; he allegedly commented, “This is a hell of a way, Colonel, of celebrating the Fourth of July in this country.”

Small details, such as former occupations and place of birth, can be equally enlightening. Juza discovered that the soldiers at Fort Atkinson included former shoemakers, wheelwrights, hatters, couriers, bakers, coppersmiths, weavers and other trades. Some were born overseas in places like Ireland, Germany, France, Russia, Scotland, England and Switzerland.

Others rose to leadership at the fort and went on to prominent military careers; two such men were Bennet Riley and Henry Leavenworth, for whom the still operational Fort Riley and Fort Leavenworth in Kansas were named. For these men and others with notable careers, Juza includes details about their lives after the fort, such as marriages, children, accomplishments and place of death.

Nearly all of her information comes from primary sources, including military records, personal diaries, personal letters and other firsthand accounts. To track down these documents, Juza contacted or visited historical societies from eight states and traveled six times to the National Archives in Washington, D.C., sifting through disconnected and sometimes mislabeled files. “The first time I went to the National Archives, I thought I would go in and say, ‘I’m researching Fort Atkinson, these are the years,’ and they would come out with a big folder and there would be all the documents. It’s nothing like that,” she said.

Despite that, the research trips went well, Juza said, each one leading to new questions and another visit to D.C. “Each time I find new information it adds to the big puzzle,” she said. “Sometimes, because of all the research, I feel like I really have been to the original Fort Atkinson and I really do know all these people.”

The bulk of her research took three years and was completed in 2000, but she doesn’t consider the project finished. “Research never ends,” Juza said.

What she’s found most rewarding from the work is meeting descendants of the people she’s researched, some of whom have discovered their ancestors during a trip to the fort. When she meets them, “I feel like I know them,” Juza said. She hopes one day to bring everyone together for a “family reunion” at Fort Atkinson.

In the meantime, the men and women in the book have gained new life through Fort Atkinson’s living history program. New volunteers are encouraged to adopt a persona from the book, perhaps someone they have things in common with. “It makes it more personal to them, and they can learn more about that person and actually portray [their role] better,” said park superintendent Jason Grof.

Juza also helped create a commemorative monument at the park, called the Monument to the Deceased, listing the names of everyone known to have died at the fort and in the surrounding area.
Asked what draws her to this work, Juza described her love of history, saying, “When I look at a name, I don’t want it to just be a name. I want to understand the person behind the name and not forget them.”

For those who have benefited from her research, that’s exactly what she’s accomplished. ■

The post The Book of Names appeared first on Nebraskaland Magazine. 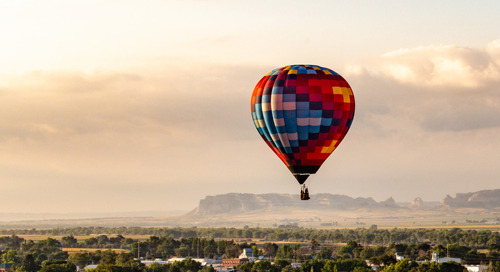 Floating on the Breeze

A hot air balloon ride is a superb way to enjoy the scenery As Nebraskaland photographers, we do our best t... 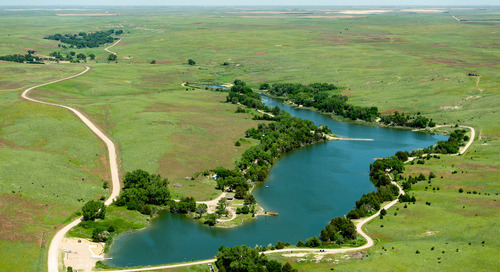