Home » NEBRASKAland Magazine » Floating on the Breeze
× Share this Article

Floating on the Breeze

As Nebraskaland photographers, we do our best to attain the ultimate vantage of a given subject. In an effort to capture the attractive landscapes of western Nebraska, I have taken photos from atop many high buttes and from the cockpit of airplanes and helicopters. My new favorite, though, is the oldest of human-carrying flight technology: hot air balloon.

I was not sure what to expect when my cameras and I were invited to ride the skies during the Old West Balloon Fest in August 2020. I had recently watched the The Aeronauts, the 2019 action-adventure movie about a 1860s gas balloon pilot and scientist who had ventured to fly higher than anyone had flown before. It is a great show full of hair-raising moments, but I would advise first-time balloon riders to watch it after their first flight instead of before it.

Any anxiety was all for naught, though. One would be hard-pressed to find a smoother mode of travel than this one.

Shortly after sunrise on that late summer morning, my 13-year-old daughter and assistant, Kiera, and I boarded our space on Teal Octopus amid the hubbub of the excited festival crowd. After climbing into the basket, we received flight instructions from pilot Gary Maguire of Allenspark, Colorado, as he occasionally pulled the trigger to send flames into the massive structure above us. In what seemed an instant, he gave orders to untether the vessel, and we were off.

The takeoff was so smooth that we would not have realized the balloon was leaving the ground if our eyes were closed. As we rose above and among the dozens of other balloons — each more than 50 feet wide and about seven stories tall — I caught a glance of my daughter and the wonder in her eyes. As I gazed over the North Platte Valley, decorated with other balloons, I surely knew what she was feeling.

Not only is the liftoff smooth, the open air is extremely calm. The best way to avoid the effects of a wind or breeze is to travel with it, after all. Throughout the entire flight, there were no sudden jerks of turbulence and no wind in the hair.

Even though the ride is smooth, there is a certain element of adventure to going up in a hot air balloon. The pilot can control the up and down with the flame, but the direction of the vessel is dependent on the breeze. Mother Nature took us westward from the Mitchell Airfield over the North Platte River, the city of Mitchell and agricultural fields below.

Even though the cockpit was a little tight for reaching gear and exchanging lenses, the peaceful ride was perfect for snapping images, and Maguire skillfully put me at the right altitudes to do so. Time sped by as I captured other balloons picturesquely juxtaposed with a backdrop of the Wildcat Hills. The 35-minute flight seemed to end just as soon as it started.

The roughest part of the whole experience was the landing. Despite our pilot’s capable skills and experience flying all over Europe and the United States, the wind will do what the wind does and the big balloon shall go with it. After a couple of attempts at a “standing landing,” Maguire advised us to brace ourselves because “we’re going over.”

Upon touchdown, the gondola went to its side and skidded to a stop. The three of us, stacked horizontally, looked at one another with a hearty laugh.

As soon as Maguire coached us from the basket and our feet were on the ground, another balloon was coming in for a landing nearby. As he had done many times in the past, Maguire raced to get a hand on the basket and help those passengers have a much smoother landing than ours.

The Teal Octopus’ trailer, which had been following us from below, soon arrived, and we loaded up the balloon. Amazingly, the vessel that seemed so large moments before was neatly packed into the small space of the trailer. Upon returning to the festival grounds, the veteran pilot regaled us with a traditional ballooning story and a toast. The perfect ending to an amazing experience.

Those who have not experienced this mode of travel have opportunities to do so. The Nebraska Balloon Club’s website, nebraskaballoonclub.org, has a directory of about 25 pilots who charter flights.

For those who want to experience balloon culture but stay grounded, many opportunities exist.

Coming into its sixth year Aug. 11-14, the Old West Balloon Fest has grown from 18 to more than 80 balloons and has become the site of the U.S. National Hot Air Ballooning Championships. The competition challenges pilots to fly to specific locations in the sky and drop sand bags on ground targets. The event’s night glows and mass ascensions entertain thousands.

Other popular events in Nebraska include the Nebraska Balloon & Wine Festival at Elkhorn, Falls City Hot Air Balloon Festival, and Blues and Balloons Festival at Springfield.

Technology surely will continue pushing aircraft farther and faster. Whether riding in the gondola or observing from below, however, this oldest form of human air transport will surely continue to amaze people for generations to come.  ■

The post Floating on the Breeze appeared first on Nebraskaland Magazine. 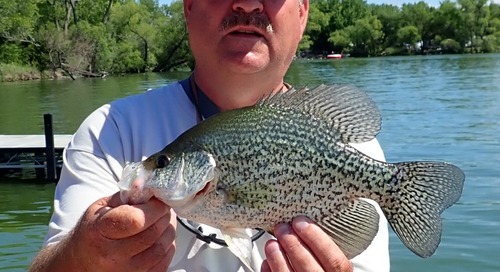 Heading out the door for the 4th of July holiday.  I do not know about you and yours, but this is one of ou... 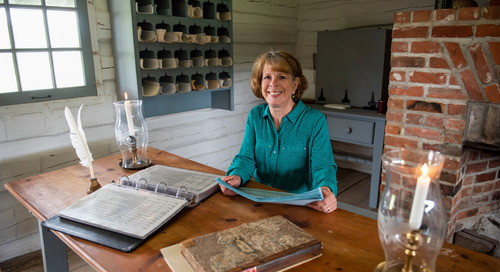