As the temperature heats up, so does the activity at our lakes. Each summer, Nebraska’s lakes bring great memories to countless visitors who board boats and water scooters. There are few better ways to beat the heat on a summer afternoon than by skimming across the water.

Unfortunately, the occasional bad accident puts a damper on the fun – an accident that in most cases could be prevented by taking common safety measures.

Scott Eveland of Ogallala has been a boating conservation officer for the Game and Parks Commission for about 15 years, and has seen a lot of behavior on the water that makes him shake his head. He said many of the problems he encounters have common themes.

Those themes include speed and inattention with recreational boaters who get too close to other vessels or exceed the 5 mph no-wake zone restriction around other boats, shorelines and docks.

“Many of the boat accidents that we have are simply drownings,” he said. “People fall overboard or are ejected from a boat and are not wearing a life jacket and that leads to drowning. Those are obviously always a tragic situation because they’re so easily prevented with the use of a life jacket.”

Eveland and his coworkers spend a lot time organizing and administering the Commission’s boater education efforts, which seem to get more convenient for Nebraskans all the time. For those who have not been able to take class yet this year, it is never too late. Moreover, for those born after

“We have a network of volunteer instructors but as the summer progresses the in-person classes are fewer and fewer,” he said. “However the entire program is available online now. You can take the class and the test online, print out a temporary certificate and get your permanent certificate in the mail a little bit later.”

He said the online option is ideal for people in rural areas, or those who procrastinate.

Of course, some of the most important messages taught during those courses should be obvious to people. Sadly, none of the four people who died in Nebraska boating accidents in 2017 was wearing a functioning life vest.

“The basics are involved in so many of our crashes and tragedies. Wearing a life jacket is so important out on the water and it’s so easy to prevent a drowning with the use of a life jacket,” he said. “People always have excuses why they don’t want to wear one, but if you go buy a nice comfortable life jacket you hardly even know you have it on.”

Eveland recommends boater education for everyone, not just those for whom it is required.

“We find that most people involved in boat accidents have never had any formal boating safety education,” he said. “We believe it works in preventing a lot of bad things on the water.”

To learn more about those basics, and other boating topics in Nebraska, visit www.outdoornebraska.org/boating 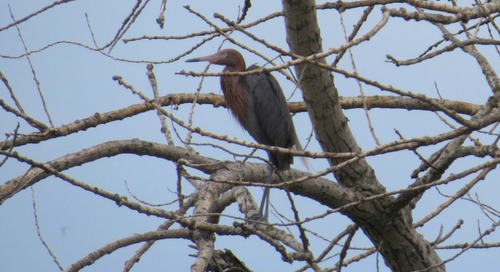 The year’s string of great birds continued over the weekend with confirmation of a Reddish Egret at the Pla...

LINCOLN, Neb. – The Nebraska Game and Parks Commission approved a mountain lion hunting season for 2019 at ...