LINCOLN, Neb. – The Nebraska Game and Parks Commission approved a mountain lion hunting season for 2019 at its meeting June 22 in Ogallala.

— A harvest season will be held only for the Pine Ridge area, which has an established population that can sustain a harvest.

— The proposed season will allow up to eight mountain lions to be harvested, with up to four of those being females.

— There are two sub-units in the Pine Ridge: a north sub-unit (north of U.S. Hwy. 20) and a south sub-unit (south of U.S. Hwy. 20). Sub-units are designed to distribute harvest throughout the Pine Ridge. Up to four mountain lions, and no more than two females, may be harvested in each sub-unit. Public lands are closed in the north sub-unit to focus harvest onto private land in Sioux and Sheridan counties, where the majority of landowner input has occurred. The south sub-unit includes public lands for expanded hunting opportunities.

— Once four mountain lions, or two females, have been harvested in a sub-unit, the season in that sub-unit will close.

— Baiting and trapping will not be allowed during any season.

— banned the importation and possession of mouflon and aoudad, or any of their hybrids or subspecies, in Banner, Box Butte, Cheyenne, Dawes, Kimball, Morrill, Scotts Bluff, Sheridan and Sioux counties after June 22, 2018. This includes a provision for grandfathering possession, as well as a protocol for escaped animals. Mouflon is a sheep species from southwestern Asia. Aoudad is a goat-like mammal native to North Africa. Mouflon and aoudad are an ecological threat to Nebraska’s wild bighorn sheep. They also can carry disease that can impact wild and domestic sheep and they can hybridize with wild sheep.

The Commission also held a public hearing for input regarding the listing and delisting of state threatened and endangered species in the Commission’s District 7 in western Nebraska.

In addition, staff updated the Commission on the recreational resources in the Lake McConaughy region and environmental issues. 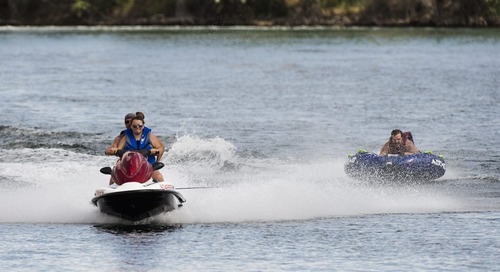 As the temperature heats up, so does the activity at our lakes. Each summer, Nebraska’s lakes bring great m... 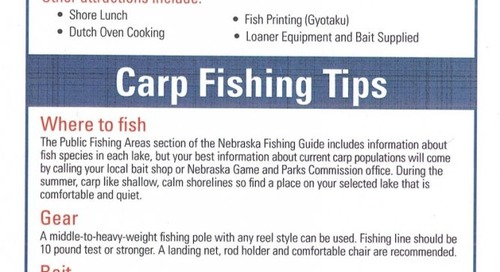 Tomorrow is the day!  Time for the first of our annual carp carnivals! If you want more information on the ...