Not a lucky four-leaf clover.

Every now and then, I get a familiar call: “I found a huge patch of four-leaf clovers in a wetland. What’s going on?”

I respond: “Those are water-clover leaves, not those of the lucky four-leaf clover. So cancel the trip to Vegas.”

Once, a perplexed biologist studying waterfowl food habits in playa wetlands called: “I found this big, dark brown seed in a duck’s crop and can’t figure out what plant it is from.” To him I responded: “It’s not a seed, but the sporocarp of water-clover – a fern.”

“Allow me to explain.”

The little known water-clover (Marsilea vestita) grows in shallow wetlands throughout much of the state, excluding the Sandhills and far eastern counties. It is most abundant in the Rainwater Basin playas of south-central Nebraska and central Platte River Valley barrow pits.

A perennial, Marsilea spreads via shallow, creeping rhizomes. These horizontal underground stems often form dense colonies, which explains the “huge patch of four-leaf-clovers.” Its four-whorled leaves, known as fronds in ferns, do resemble a rare four-leaf clover, an odd leaf arrangement of a typically three-leaved legume. Therefore, I am never too critical of those callers’ botanical skills – so much for those confusing common names.

In early summer, the leaf stalks of submerged plants are long, thin and flexible as they elongate to reach the water surface. As wetlands dry in late summer, the plants become terrestrial and the stalks grow shorter, thicker and upright. The fronds become smaller and more firm than they were earlier in the season.

Starchy tubers form along the rhizomes. These are an overwinter food source and may tide plants over through dry years. During the past 10 years, I had never observed water-clover in an old bison wallow in our South Dakota pasture until last summer when high rainfall filled it. Then, lo and behold, Marsilea packed the shallow basin. This large colony could not have formed from spores in a single growing season. The plants must have revived from long-dormant tubers and rhizomes when the life-giving water returned. What a superb survival strategy for a wetland species inhabiting the droughty Great Plains.

Located on short, lateral stalks at the base of the plant, the sporocarps are green, soft and hairy when young. In late summer, now lying on the soil surface, they mature to dark brown in color and are smooth, hard and durable. Sporocarps taken from a 100-year-old herbarium specimen germinated when placed in water.

Marsileas’ spore dispersal method is distinct. In nearly all ferns, the sporangia open and the spores are wind-dispersed. In the water-clovers, the intact sporocarp is moved about by water, especially flooding, or by waterfowl, which can transport them to isolated wetlands in upland landscapes, such as playas or bison wallows.

Ducks and geese either intentionally or accidentally ingest the sporocarps while feeding for seeds on wetland bottoms. In their gut, the gizzard’s grinding action and digestive acids and enzymes scarify the hard coat. Those sporocarps that survive the digestive journey intact are defecated into wetlands. Primed for water uptake, they rupture and release spores.

Water-clover is a tough, wonderfully-adapted fern growing in erratic Great Plains wetlands where no other fern could survive. When I run across it in the field I always feel excited – maybe even a bit lucky.  ■ 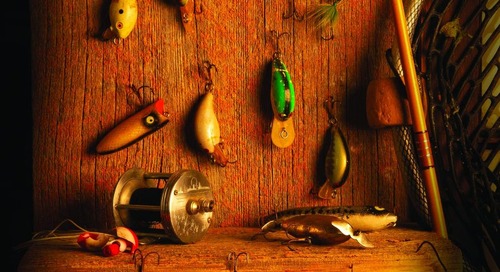 Whether they be worn-out, abused, busted, or simply evoke fond memories, some of your favorite fishing lure... 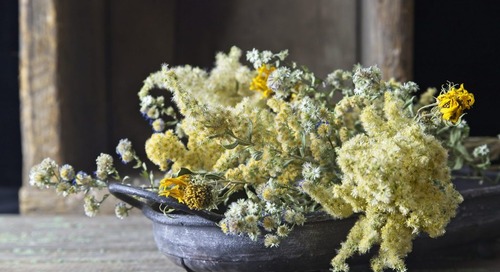