Home » NEBRASKAland Magazine » Temperature Under the Ice
× Share this Article

Finally!  We finally are having some cold weather, some ice-making weather!

Those of you who think mild winters are great may want to turn your heads while I turn some cartwheels! However, you hard-core ice anglers are going to notice some changes in the coming days; changes that affect the number of fish you are catching.

I have spent a lot of time messing with a digital thermometer under the ice.  You would be surprised at what the water temperatures really are down there.  Sure, everyone knows that water freezes at 32 degrees F, so ice is near 32 degrees.  You may also know that water is at its densest at 39 degrees F.  That is why ice floats.  Yes, the warmest water under the ice may be near 39 degrees and that may be near the bottom in deep water.

But, that is not always the case.  The longer it takes to freeze, the more the water is mixed, the colder it can get.  Areas of open water may actually cool the water in the surrounding area.  Even though it may be a difference of only a few degrees, believe me it is a huge difference to the fish.  Temperatures may actually rise a few degrees once a waterbody caps over with ice.

Mid-winter conditions with very cold weather and snow cover also make a big difference.  Colder water can be pushed deeper under those conditions and is a big reason the mid-winter bite can lag.

Read this In-Fisherman article to understand more what I am talking about, Water Temperatures Under Ice, The Ghost Factor . The calendar says it is February.  Even if we are now experiencing the coldest weather of the winter, our ice season is not going to last a lot longer.  As the days get longer and the sun gets higher, temperatures are going to rise.  Snow will melt and so will the ice.  Surprisingly, on late ice, water temperatures can be relatively warm under the ice.  A lot warmer than you would expect.  I have measured water temps. well into the 40’s F just below the ice on which I was standing.  Yes, that is a little unnerving and yes, late ice starts to melt from underneath too.

On the other hand, as the water warms under late ice, the fish start to feed.  Why do we ride the ice as late as safely possible?  Because the bite is that good!  With those warming water temperatures, fish are often cruising way off the bottom; sometimes only a few feet under the ice! The post Temperature Under the Ice appeared first on Nebraskaland Magazine. 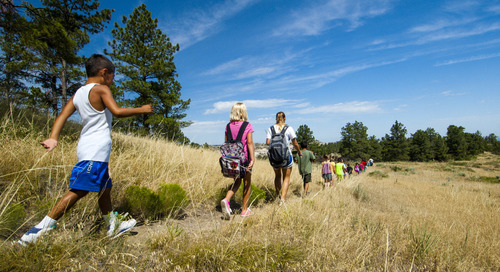 LINCOLN, Neb. — A new set of lesson plans offers teachers of those in kindergarten through sixth grade oppo... 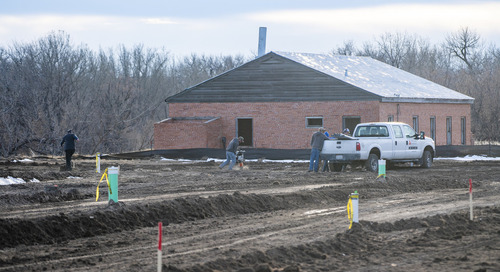 CRAWFORD, Neb. – There will be more happy campers at Fort Robinson State Park. Or, at least there will be r...