The Nebraska Game and Parks Commission reminds landowners of three changes made to the Special Landowner Deer Season.

This season, entering its second year this fall, gives a qualifying landowner a three-day season on his or her property preceding the regular firearm deer season.

The $8 Special Landowner Deer Permit is valid only for the three-day season: Nov. 5-7, 2022. It is not valid for the November firearm season and it may not be used as a Limited Landowner Permit.

A landowner may not apply for or purchase more than one Special Landowner Deer Permit per calendar year.

One of the changes this year is that the qualifying landowner may buy up to eight of these permits, up from four last year. They may designate permits to themselves or immediate family to hunt on his or her property on the Saturday, Sunday and Monday before the opening of the November firearm deer season. No more than two permits may be issued to persons older than age 19 and six permits, up from two last year, to persons younger than 19.

More details about the permit and season:

The Special Landowner Deer Season was created by the passage of LB 126 in the Nebraska Legislature’s 2020 session. 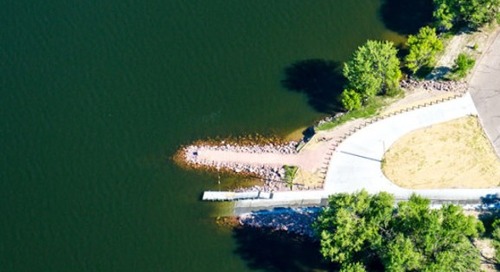 As is often the case with my Monday blog posts, I am just trying to spread the word.  Here is the news rele...

The floating playground at Louisville State Recreation Area will not reopen for the season after the inflat...