Nebraska muskies have received some love recently; let me share a couple of articles with you:

The first ran in Omaha Magazine and was written by Doug Meigs:

The second was in Nebraskaland:

Merritt Reservoir has long been one of Nebraska’s top fishing destinations. Merritt is an irrigation reservoir, but unlike some others, it fills every year because of the ample flow of the Snake River. It consistently has great water quality and abundant prey fish. And with this year’s adoption of a 50-inch minimum for what many consider to be Nebraska’s greatest fish, the muskellunge, Merritt has entered rarefied air as a trophy fishery.

“Merritt has alewives, white suckers and various panfish,” said fisheries biologist Daryl Bauer of the Nebraska Game and Parks Commission. “There are plenty of groceries for big muskies.”

Bank fishing from the dam has become a popular pastime for many anglers just after ice-out, as alewives are in shallow water and pre-spawn muskies are hungry. “Muskies don’t spawn as early as walleyes or northern pike,” Bauer said. “But they’ll feed a lot before, going to bays and coves and trying to spawn.”

Coincidentally, walleyes are in the same areas, and fish survey crews will often encounter muskies while doing walleye egg collections near the dam in April. To catch these fish, anglers will fan cast these open water areas with muskie lures – insanely large big brothers of bass and walleye tackle with names like Dirty Dancer, Hawg Wobbler, Double D and Suicide Duck. It is a test of patience, as every muskie angler knows.

Such is the life of a muskie angler. However, if you are not a traditional muskie angler – or are tired of casting these physically demanding lures, you can always go smaller. “If fishing smaller tackle keeps you in the game longer, this can work to your advantage,” said Bauer. “Also keep in mind that smaller tackle may match the size of the baitfish a little better.”

As the spring continues, anglers can still bomb the banks at Merritt with muskie tackle until summer begins. As the dog days return, there will be more open water baitfish, and muskies will pull away into that deeper water. At this time of the year, most of the muskies will be caught by walleye anglers trolling crankbaits. With the state record muskie at 52 inches now and the new 50-inch minimum, it’s obvious Nebraska anglers aren’t going to put many fillets of this species on the table. Muskie anglers will surely agree that is not why they want to catch one, though, and the new regulation will help protect the resource.

With Merritt’s water quality and ample food, it is Nebraska’s muskie capitol. So plan at least one long day in the Sandhills this spring casting for this trophy fish. Bring your big tackle, and your bigger net, and prepare for the fish of a thousand casts – knowing that it only takes one bite for your first state record fish.  ■

Since 2010, muskies have been stocked in the following waters. They are grown at an advanced size of 12-14 inches and stocked in the spring of their second year.

The post Some Muskie Love appeared first on Nebraskaland Magazine. 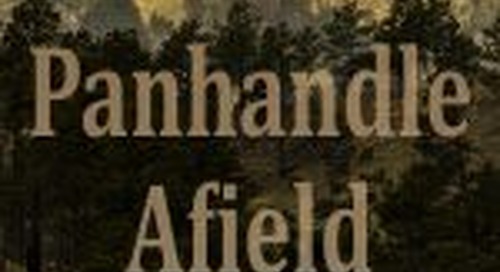 Prairie grouse use variety of vegetation

Gathering with others is not encouraged during this pandemic, but one segment of western Nebraska’s populat... 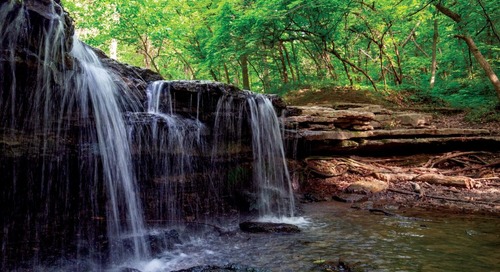 I never feel overwhelmed at Platte River State Park. Whether there are thousands of kids attending an Outdo...