I was out birding yesterday (10/29) and had the good fortune of coming across a Snowy Owl south of Bellevue.  The bird was sitting on a light pole near the intersection of Highway 34 and Harlan Lewis Road.  Photos, below. Finding a Snowy Owl in Nebraska is always a big deal, but it is usually something one hopes for in December or January, not October.   In fact, yesterday’s Snowy Owl is the earliest to appear in Nebraska in fall by eight days.   There are also very few reports anywhere this far south this early.  Below is a map from eBird.org showing all October reports.  Red icons are reports from this year. With Red Crossbills and Common Redpolls already showing up in the state and now a Snowy Owl, the winter birding in Nebraska has already been better than most years (and, yes, it is only October).  Hopefully the excitement continues. 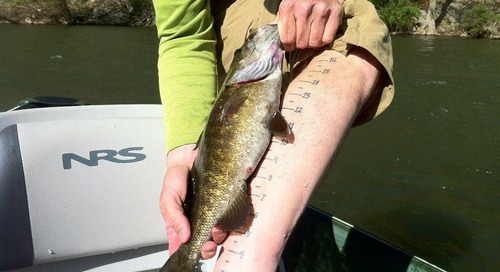 Let me say a few things about our Master Angler Award program in my blog today. . . . First of all, yes, we...

Last winter I told you about a little trip I took to the beautiful Nebraska sandhills; a trip to assist wit...