Its likely the sound of firecrackers and pyrotechnics at this time of year that gets me thinking about the upcoming hunting seasons.  In particular, I have a desire to dust off the ol’shotgun and break some bluerock.  It never hurts that each year I spend a few days in late June as a shotgun referee at the 4-H National Shooting Sports Championships, held in Grand Island at the beautiful Heartland Public Shooting Park.   This gives me the chance to watch 4-H members dusting targets on the trap, skeet and sporting clay ranges — Dang, those youth can shoot!

Now with teal, dove and prairie grouse seasons just a bit over 7 weeks away there is no time like the present for getting the shooting eye in shape with one of the many shotgun game options you can find around Nebraska.

Trap.
We are a trap shooting state.  If you live in Nebraska, chances are you live near a range or club that has a trap range.  Targets in trap are thrown from the same house that sits in front of you, as you move every five shots through each of the five stations.  Being that targets are thrown “outgoing” trap is a good work out for bird hunters prepping for grouse and later pheasant and quail.  Though for full effect you may want to call for your target with the shotgun not fully shouldered as is the custom in trap. Skeet.
Almost as common as trap, but not quite.  This is a game of angles with targets thrown from either the high-house or the low-house and sometimes both at the same time, as you make your way through 8 different shooting stations.  Skeet can be great for prep work for dove and teal.  The inclusion of doubles on stations 1, 2, 6 & 7 can help with the discipline needed to pick out a single target when two are in the air.  Even though for skeet the order in which you shoot them is decided for you. Sporting Clays.
The humbling game of bluerock where the intent is to emulate shots encountered when hunting.  Targets might be incoming, crossing, arching through the sky or even bouncing along the ground.  Almost always in pairs, though not always at the same time.  A round of sports clays involves many stations (often 10-12) scattered about with each presenting unique target presentations.  These courses are fun, challenging and, in my opinion, are the best way to get you ready for the upcoming hunting seasons.  However, because they require more space and throwers than other shotgun games listed, there simply aren’t as many of them. The typical round consists of shooting 50 shots, rather then 25 like the others listed, so you may pay a bit more to take part in the fun. 5-Stand.
A bit of a hybrid between sporting clays and trap.  As the name implies there are five stands or shooting positions that you rotate through, similar to trap, that have various target presentations more like sporting clays.  Usually there are a good amount of doubles thrown as well.  A few more of these ranges can be found in Nebraska as they can be placed on a trap field.  However, this sport doesn’t seem to have as much of a following as the others do.

And let’s never discount simply busting some bluerock with friends in the ‘back-40’.  The more practice and fun you have now the easier those speedy targets of the early season will be.  “Pull!” 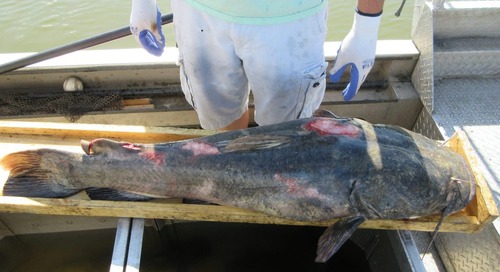 A couple of weeks ago one of my many fishing contacts suggested that there are a lot of misconceptions abou... 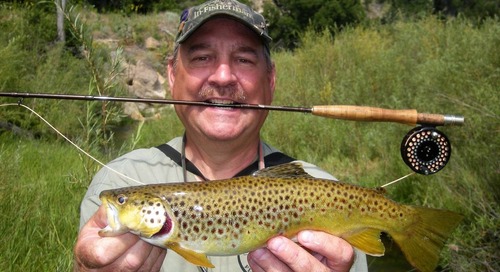 How To Take Better Fish Photos

Whether you or your fishing partner have landed the fish of a lifetime, a neat looking fish, a more unique ...