LINCOLN – Several waterfowl hunting seasons open in Nebraska on Oct. 8, and the Nebraska Game and Parks Commission offers the following reminders and resources to make the seasons memorable, successful and safe.

Game and Parks offers the following reminders and resources to aid hunters this season:

Harvest Information Program (HIP) – This free registration is required of residents age 16 and older and all nonresidents who plan to hunt migratory game birds in Nebraska between Aug. 1, 2016 and July 31, 2017. Register at OutdoorNebraska.gov/HIP or call toll-free at 877-634-8687.

Nebraska Waterfowl Zones Map – This interactive map allows hunters to view zone map boundaries and to zoom in to see details of those boundaries. View it at Maps.OutdoorNebraska.gov/WaterfowlZones.

Safety – All hunters should always keep their gun’s muzzle pointed in a safe direction, treat each gun as if it is loaded, and know their target and what is beyond it. In addition, they should bring a first aid kit, food and drinking water for their dog, and check them for thorns, cuts or scratches. Hunters also should tell someone where you are going to hunt and when they expect to return.

Go to OutdoorNebraska.org to purchase the required permits and stamps. 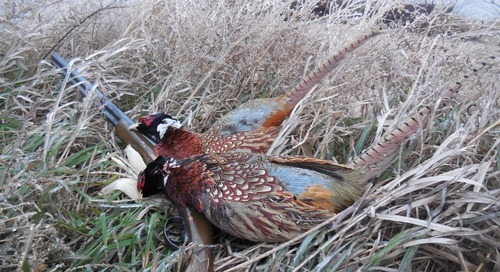 I have blogged several times about how every human being is a hunter, it is in our blood, in our DNA.  We a...