LINCOLN, Neb. – Kathryn Romine of Lincoln became a big advocate for the Nebraska Game and Parks Commission’s Your Parks Adventure challenge this year.

“I really like the spirit of adventure and the opportunity to get out and see places I never get a chance to see,” Romine said. “I’m always up for getting out and hitting the road.”

She and her friend visited several state parks and recreation areas across Nebraska, many for the first time, taking part in the Your Parks Adventure Program. As the challenge grand prize winner, Romine will now be able to camp in the parks in her new Forest River RV Patriot Edition 14cc camper from AC Nelsen RV World.

In the challenge, which was part of the state park system’s centennial celebration, people who visited any state park area from June through November, took a photo at a designated station, and submitted it and their story online were eligible to win prizes. Selfie stations were conveniently placed at 100 sites among Game and Parks’ 76 state park, state historical park and state recreation areas. More than 800 participants enthusiastically visited the selfie stations and shared their photos – some with multiple generations, groups of friends and pets.

Only those who visited Chadron State Park, Victoria Springs State Recreation Area, Arbor Lodge State Historical Park and Danish Alps State Recreation Area were entered in a drawing for the grand prize donated by AC Nelsen RV World. More than 228 people met that challenge, visiting those parks across the state.

Romine, who’s spent most of her life in Nebraska but also has lived in New Jersey and Colorado, heard about the challenge from her friend and travelling partner. As they got more involved, they went online and spread the word, too. “People would ask ‘What possessed you to drive across the state like that?’ We just told everybody it was amazing. We could not have done it if we hadn’t been encouraged by the competition.”

“AC Nelsen RV is the nation’s most experienced and trusted dealer, and we are honored to partner with the Nebraska Game and Parks Commission to award our exclusive Forest River Patriot Edition travel trailer,” said Bob Fielder, general manager of AC Nelsen RV World. “The awareness this challenge brought to our Nebraska State Parks and all they offer was overwhelming. We are fortunate to be a part of this great program and providing a great many memories to all who participated.”

The post Romine is grand prize winner of camper in Your Parks Adventure appeared first on Nebraskaland Magazine. 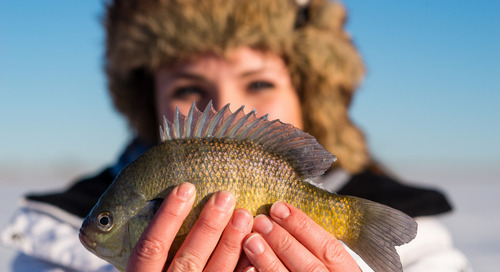