The Director’s Cup is open to both serious archers and novices. The tournament uses a unique lake-of-the-woods format, in which archers shoot at varying distances based on age and discipline. Participants may register in one of 14 divisions, which include options for compound, recurve and freestyle shooters. Trophies and prizes will be awarded in each division, culminating in a shoot-off to determine the winner of the Director’s Cup.
The tournament is sponsored by the Nebraska Game and Parks Commission, the Lincoln Archery Club and Cabela’s. Competition begins at 8 a.m. 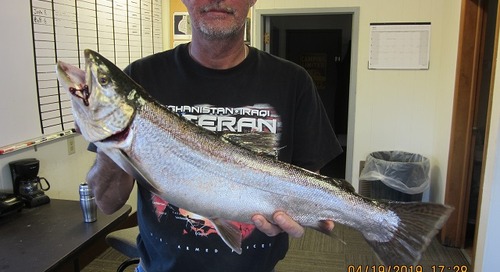 Been a long time since I mentioned what is new on the state record front.  Got three new state records to t...