I just got a blog post up yesterday with a major news item, spring trout stocking, but I need to get another one up today with a couple of minor news items.  No, these will not impact as many people, but if you were planning a late ice, ice-fishing trip into the north-central sandhills or planning to hit some early spring open water below Gavins Point Dam, you will need to know!

LINCOLN, Neb. – Nebraska anglers and boaters should be aware of restrictions on the Missouri River below Gavins Point Dam because of spillway flows.

Boaters are urged to use caution when water is released through the spillway, as hazardous conditions may exist. Signs located on the north and south bank of the Missouri River, approximately 500 yards below the spillway, mark a restricted area for boats. During spillway releases, boaters will not be allowed to go upstream of these signs.

Flows through the spillway gates began Feb. 26 and will continue through May 15.

The flows are a result of upgrades being performed to the hydropower generators at the Gavins Point power plant by the U.S. Army Corps of Engineers. When the generators shut down for the upgrades, water that normally runs through the power plant is diverted to the spillway.

LINCOLN, Neb. – Hudson Lake in Cherry County will be closed to ice fishing March 1, according to an agreement between the landowner and the Nebraska Game and Parks Commission.

The private lake 15 miles southwest of Valentine is open to public walk-in fishing access through the Open Fields and Waters program. The landowner’s contract with Game and Parks states that ice fishing is allowed on the lake from December through February. Less clearly, the 2018 Fishing Guide, which is published by Game and Parks, states that Hudson Lake is open to daytime ice fishing only. Closing on the final day of February is an effort to prevent anglers from accessing the land during the spring thaw, when the ground gets soft.

Visit OutdoorNebraska.org to find more information about fishing and the Open Fields and Waters program. Hopefully neither one of those announcements will put a crimp in your plans for this weekend.

Obviously, we are nearing the end of our ice-fishing season in Nebraska, but I am betting there will be some waters in the state where folks will still be on the ice this weekend.  Regardless of where that may be, if you are venturing onto the ice now, make sure you know what you are doing and make sure it is safe!  Check ice conditions through the day because you can get on in the morning and find yourself in trouble by evening.  Use the spud bar all the time, by the way, I would not even think of venturing onto late ice without one.  Be aware, wear your ice picks and it ain’t a bad idea to wear a life jacket too, at least until you are sure the ice is safe.

I know the bite on late ice is fantastic, I experienced some of that in this past week, but to quote Clint Eastwood, “A man’s got to know his limitations.”  Know when you have to walk away from the ice and switch to open water. 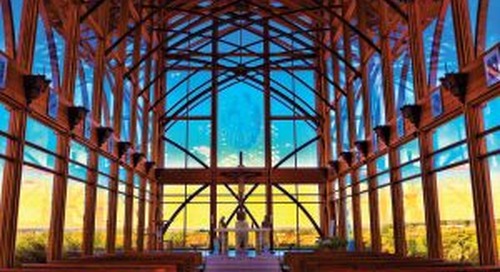 Nebraska Through the Lens

Nebraska Through The Lens, an online community of photographers started by Steve Evans and Jonathan Wagner ...

LINCOLN, Neb. – Now is the time to start planning a Platte River trip to experience the annual sandhill cra...