LINCOLN, Neb. – Now is the time to start planning a Platte River trip to experience the annual sandhill crane migration.

Large numbers of sandhill cranes and waterfowl have begun arriving in the state over the past few days with the recent mild weather. March marks the peak of the sandhill crane and waterfowl migration through Nebraska. Approximately 500,000 sandhill cranes stop to forage in the fertile lands along the Platte River and increase their weight for their continued northward migration. The Platte River and surrounding wetland habitats are crucial to the cranes’ successful migration.

Each year, 80 percent of the world’s sandhill crane population stages in Nebraska during their migration from their southern wintering sites to their northern breeding grounds. The Platte River and the surrounding area in central Nebraska provide essential food resources, as well as safe roosting sites, that sustain sandhill cranes for the rest of migration and for nesting. Largest concentrations occur in the central Platte River valley between Grand Island and Kearney as well as between North Platte and Sutherland and near Lewellen.

In addition to large concentrations of sandhill cranes, geese and ducks, wildlife viewers may get the chance to observe migrating bald eagles, trumpeter swans and possibly an early-arriving endangered whooping crane.

For more information on sandhill cranes, including the proper way to view them, visit http://outdoornebraska.gov/cranes. 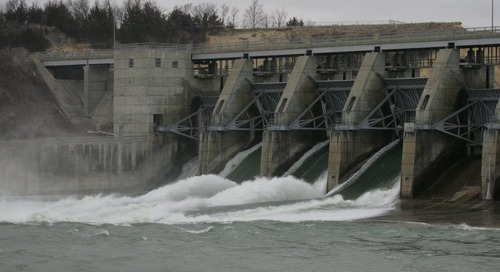 I just got a blog post up yesterday with a major news item, spring trout stocking, but I need to get anothe...

LINCOLN, Neb. – Nebraska anglers and boaters should be aware of restrictions on the Missouri River below Ga...