LINCOLN, Neb. — The Nebraska Game and Parks Commission will host an open house to share updates on current and future activities as part of the 20-year Lake McConaughy/Lake Ogallala Management Plan recently adopted by the Nebraska Game and Parks Board of Commissioners. The open house will take place on June 28 from 5 to 7 p.m. Mountain Time at the Lake McConaughy Visitor Center/Water Interpretive Center.

Nebraska Game and Parks staff will share information on and answer questions about campground improvements, service improvements, access changes, threatened and endangered species zones and other activities described in the management plan. Information on these various topics will be shared at a series of stations. Staff will focus primarily on projects that have already been started or that will take place later in 2017. There is no formal presentation, so the public may come anytime during the two-hour open house. 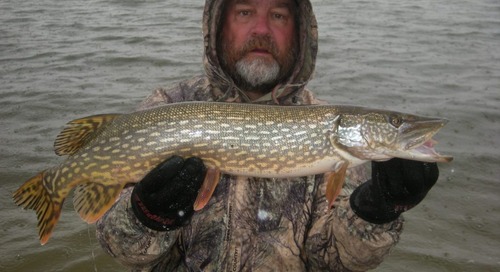 You all know that big fish turn my crank!  The biggest, baddest predator fish swimming in a body of water, ...