A photographer captures the Pine Ridge’s East Ash Road through the seasons.

The first time I laid eyes on this corkscrew turn nestled in the Pine Ridge of the Panhandle, I couldn’t help but question if I had stepped outside the borders of Nebraska. Such a far cry from the familiar geography of the Plains, the Pine Ridge is an area that has continually captivated me and keeps me coming back to discover more. As the seasons pass, the rugged buttes take on drastically different appearances and personalities. During the last year and a half I’ve embarked on a project to capture these changes, as seen from one specific vantage: a scenic overlook off East Ash Road between the towns of Crawford and Chadron.

I first photographed the road in late May of 2017. The bright green shrubs and undergrowth provided a striking contrast to the blackened tree trunks – remnants of a fire that scorched the hills in 2012. As I waited for the soft evening light to cover the landscape, I found myself beneath a fast moving, isolated rain shower that swept over the hills. The precipitation cast a veil over the land and glistened against the rays of the setting sun. It was then that I realized my desire to experience these beautiful surroundings at all times of the year.

My next visit to East Ash was during a late season snow shower during the final days of March. I found myself standing at the same vantage as wet snowflakes dropped to the ground, accentuating the twisting road. Once again the thick atmosphere created a haze that concealed the surrounding buttes. After I returned home I converted the image to black and white, emphasizing the contrasting tones between the snow-lined road and barren vegetation.

It wasn’t until late July that I had another chance to visit the Pine Ridge. I made the drive during the last week of the month, hoping to capture the region under a dramatic midsummer storm. As night fell on East Ash, I could see distant lightning flashes on the horizon. As I waited, the flashes became brighter and brighter as the storm followed a direct path toward me. Ultimately, I was forced to retreat as the lightning became too close and rain began to fall. Once back in my truck, I was in awe of the landscape as I scrolled through the frames to find an image with three bolts emanating from an ominous cloud formation.

The fourth and final image was taken during a quick road trip in mid-October. I was amazed by the colors I found lining the hillsides. The bright green vegetation I was familiar with from past visits was now a colorful gradient of yellows, golds and reds. I awoke early on a Sunday morning to find another beautiful veil of mist covering the golden hills. I snapped a frame, and with that, captured my final season on East Ash Road.

Nebraskaland Magazine would like to see your seasonal images from one vantage point. Send to Jeff.Kurrus@Nebraska.gov.  ■ 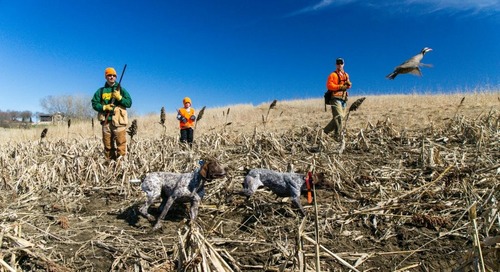 Controlled shooting areas are a mystery to many hunters. Defined as a private location leased or owned by a... 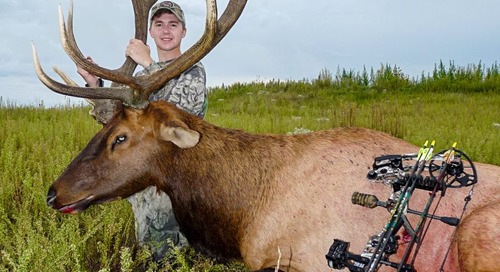