Waiting to Be Made

It was January 1993. I was in my first month of a dream job as a staff photographer and writer for Nebraskaland Magazine, and I was flustered. Then editor Don Cunningham had placed a large stack of hardbound Nebraskaland volumes on my desk and asked me to become familiar with the material so I could pitch him a few of my own story ideas. Not wanting to fail my first assignment, I pored over roughly two decades of issues and hundreds of stories over the next couple of weeks, and I consumed every word and photo.

I was born and raised in Nebraska, but scrolling through those pages I saw our state and its lovely sweep of country like I had never seen it before, from the rugged pine-studded buttes of the Pine Ridge at Chadron and Fort Robinson state parks to the broad-shouldered forested bluffs along the Missouri at places like Niobrara, Ponca and Indian Cave, and its undulating prairies and the immense wealth of water that braided it all together. I also was amazed at the tremendous diversity of plants and animals that these lands harbored, from huge bull elk to ancient pallid sturgeon to the daintiest of orchids, and I was humbled by the diverse voices of our people past and present and their fierce, intimate connections to the land. But when I had finished reading, I went to Don’s office, defeated, and said that I had no new story ideas to offer because the magazine had already told them all. Being the gentle and wise man that he was, Don looked up at me over his professorial reading glasses from his standup desk and said with a smile, “But those are not your stories, Mike. Go explore. You’ll find them.” He was right. Several months later in December, my first two articles appeared in Nebraskaland, a photo essay “A Day With Eagles” from Lake McConaughy State Recreation Area, and “Let it Snow!”, where I tried to cross-country ski in our state parks around the state.

My first vivid memory in our state parks system was with my grandparents who took me to Fort Kearny State Recreation Area when I visited them. I’d run my legs off around the interior of the fort grounds, then bobber fish for bluegill in the sandpit lakes, and usually wrap up with a snack and lemonade under the cool shade of a stately cottonwood tree. And I remember the first time my folks and I took a trip to the Black Hills in South Dakota, spending an afternoon at Fort Robinson State Park along the way, where I hiked to the base of the Red Cloud buttes. My imagination soared with a golden eagle floating effortlessly among what looked like sandstone castles rising from a prairie sea.

Later in college, I worked my way through school as a trip leader for the Outdoor Adventures Program at the University of Nebraska-Lincoln, where each fall we led canoe trips down the Niobrara River and pitched our tents in a magical place that soon would become Smith Falls State Park. After college, my wife, Patty, and I spent part of our honeymoon camped at Merritt Reservoir State Recreation Area deep in the heart of the Sandhills under the brightest blanket of stars we had ever seen. And years later, as a dad, my two buddies and I would always have our end-of-summer excursion to camp with our passel of young children along the banks of the Platte River at Louisville State Recreation Area.

Over these last few decades I’ve pedaled and paddled, wandered and wondered, and learned so much being in these parklands across the state. And while my work as a photographer has broadened geographically and has taken me on many adventures far from my home state, my anchor has always been in Nebraska, and I am sure it always will be.

Today our lives are focused close to home, and I know at least for me and my family, during this past year through the pandemic these parks have become an important lifeline. They have allowed us and our now grown children places to come together in nature, where we can take a hike or go birding, climb a tower and watch a sunset, find solace along a river, or silence, or simply be. They are an inseparable part of not just my family’s personal story, but so many of our collective stories, each in our own intimate way.

So as we continue to venture into our parks system for another century, I encourage you to get to know these places like old friends, seek out their nooks and crannies, and venture out into new places, too. As you do, think about these lands together and their histories that go back long before us and our own cultures. Think about the generations of folks that have worked in these parks, and about all of us and our diverse citizenry as stewards of these lands today. And perhaps most importantly, consider your own story in these cherished places and imagine the new memories that are waiting to be made. Go explore. They are there waiting for you to find them.  ■

LINCOLN, Neb. – Nebraska state park visitors will get a chance to share their experiences this spring and s... 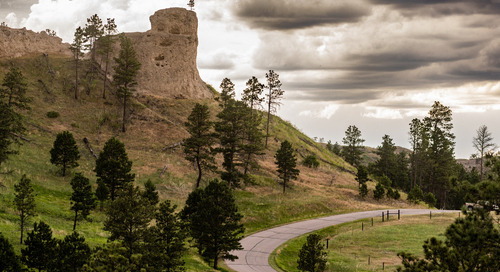