Western Eden, Where It All Began

Under the headline of “Western Eden,” the front page of the July 8, 1921, Chadron Journal proclaimed that the Nebraska Legislature had “builded better than it knew” by creating its first state park.

“For years to come all of Nebraska’s citizendom can point with honest pride to Nature’s play ground near its western boundary. It is an inspiration to view this locality, and to walk its cool shady paths with the knowledge that it belongs to all of us,” the author wrote. “A big credit mark is due to the future efforts which will be put forth to hold this spot in its pristine beauty and we can pay tribute to the Creator of Beauty that He gave to all Nebraska citizens this first state park.”

Chadron State Park has come a long way since Sen. James Good and Rep. George Snow introduced the bill to what was then a two-house legislature, but much of what attracts people to the park has not changed. As the newspaper article said, it’s “a real beauty spot.”
From the tranquil pond and babbling coldwater stream at the park’s entrance, to the majestic rock landforms and pine-clad vistas above, the 977-acre property awakens the senses.

Surely, the founders would marvel at what the park has become. Visitors can stay in one of the 16 rustic cabins or more modern duplex units. There’s also a campground suitable for everything from pup tents to mammoth RVs.

Yes, Nebraskans can still “point with honest pride” to Chadron State Park and how it has enriched the citizenry and sparked a movement to create 77 other places for people to relax, play and explore.  ■ 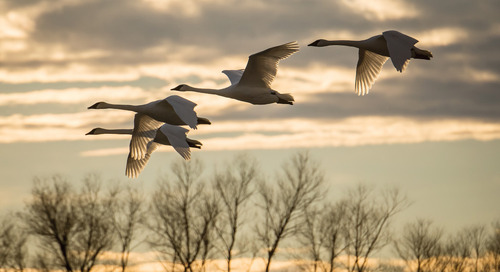 Waiting to Be Made It was January 1993. I was in my first month of a dream job as a staff photographer and ... 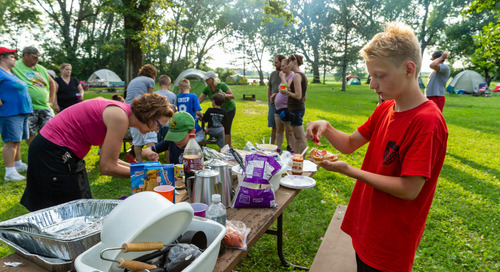 Recipes at the Campground

One of the most enjoyable parts of the camping experience is preparing food around a campfire and learning ...