With migration underway and spring on our doorstep, now is a great time to get outside, bring some binoculars and walk a trail to see wildlife.

Nebraska has many opportunities thanks to our diverse habitats – everything from prairie to ponderosa pine, wetlands and more than 23,000 miles of rivers and streams. Nebraska’s state parks are an ideal place to see the wildlife they hold, with a vast number of trails located in natural settings.

Here are some of the best parks for wildlife watching this spring:

Ponca State Park: One of Nebraska’s most visited state parks, Ponca State Park is popular for its forested hills, scenic vistas – and great wildlife watching. Observers have tallied a bird list of nearly 300 species for the park and surrounding area, and during peak migration in late April and early May, the park is a hotspot for both amateur and experienced birders. Turkeys also are a common sight at the park, and if you’re lucky, you may spot white-tailed deer along the park’s 22 miles of trails.

Rock Creek Station State Historical Park: History buffs will love exploring this former Pony Express station where James Butler “Wild Bill” Hickok began his bloody gunfighting career. But it’s also a great place for birdwatching: More than 6 miles of trails offer outstanding birding opportunities. The prairies host a variety of grassland species, such as grasshopper sparrows, dickcissels and lark sparrows, with barred owls in the woods and bell’s vireo in the shrubs. Watch for Louisiana waterthrush and northern rough-winged swallows along the creek.

Branched Oak State Recreation Area: This park features the largest lake in eastern Nebraska and has long been a popular spot for fishing, boating and camping. It also offers 7 miles of hiking trails, with a multi-use trail along the south side of the lake that provides great wildlife viewing. The lake attracts many birds during early spring, such as gulls, waterfowl and loons. Many species of ducks, as well as double-crested cormorants and American white pelicans, are common during migration. Upland game birds and deer also can be spotted at the park.

Pawnee Prairie Wildlife Management Area: Only 2 miles from the Kansas border, this wildlife management area features native prairie, woodlands, ponds and creeks, which support northern mockingbirds, Carolina wrens, upland sandpipers and loggerhead shrikes. A flock of about 20 greater-prairie chickens gather on a lek near the center of the prairie, about three-quarters of a mile from the perimeter parking lots. No permanent blinds are available, but temporary blinds are allowed; bring one to view the birds in early mornings or late evenings from mid-March to mid-April.

Fort Kearny State Recreation Area: Looking for a place to view sandhill cranes? Fort Kearny is a great spot. From the hike/bike trail 1 mile east of the fort, visitors can see cranes arriving and leaving the river in early morning and late evening, from late February through early April. The trail is well-maintained and handicap accessible. Throughout the year, you can see many bird species from this spot, including bald eagles, geese and ducks in the winter. Stop by the visitor center at the historical park just 1.5 miles west to learn about sandhill crane migration during the peak season.

Lake Ogallala State Recreation Area: Located on the east side of Kingsley Dam and massive Lake McConaughy, Lake Ogallala is a well-known fishing destination – and very attractive to a variety of birds. Visitors can view migrant ducks, ospreys, Caspian terns, cliff swallows, gulls, American white pelicans, double-crested cormorants and other summering species, as well as Canada geese and numerous bald eagles in winter. Camping spots are available along the western and north shorelines of the lake, where the deciduous wooded habitats shelter a rich array of nesting passerines.

Niobrara State Park: Situated at the confluence of the Niobrara and Missouri rivers on Nebraska’s northeastern border, Niobrara State Park offers visitors an array of outdoor experiences, including wildlife viewing. Both white-tailed deer and wild turkeys roam freely throughout the park, and beaver, muskrat and mink prowl the riverbanks. The park also is home to a wide range of birds, including whip-poor-wills, woodpeckers, warblers, shorebirds, and bald eagles and ospreys in season.

Wildcat Hills: Situated high on a rocky escarpment in the Wildcat Hills, this park offers an escape to the region’s signature rugged topography. An array of wildlife roams here, including wild turkeys, deer, bobcat and coyote. The rugged terrain and ponderosa pines also provide habitat for western bird species. Stop by the visitor center’s bird feeders to see red crossbill, red-breasted and pygmy nuthatches, Cassin’s Finch and lesser goldfinch. Elsewhere in the park, spotted towhees, blue-gray gnatcatchers and common poorwills can be spotted; several raptors, such as golden eagles and prairie falcons, are good possibilities as well. Traverse the park’s 3 miles of trails and keep your eyes out.

As you’re observing wildlife, remember to keep your distance so animals remain comfortable. Choose a good vantage spot, sit for a while, and take in the sights and sounds that these beautiful places have to offer.

Learn more about these parks or start planning a trip at OutdoorNebraska.org. 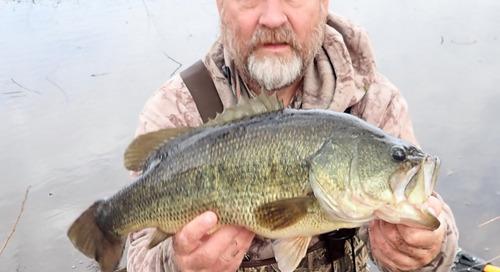 I love suspending jerkbaits.  If you look in my tackle boxes you will see those baits in a variety of sizes... 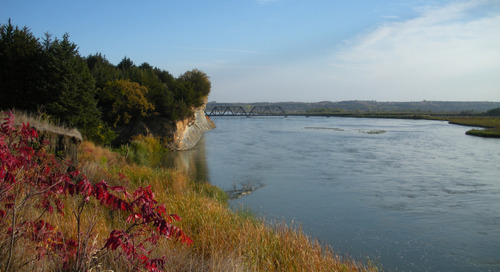 I saw a couple of items in a recent news release that will be of interest to anglers.  Let me spread the wo...