Winds of 87 mph and damaging hail were reported in the area of the park, located 3 miles north of Doniphan in Hall County, and surrounding communities.

Mormon Island is closed to public access until park staff can clear roadways and remove dangerous trees from the area. 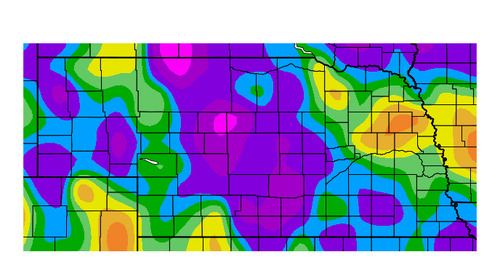 Without a doubt, this has been a wet year in Nebraska.  If you look at a map of precipitation since Jan. 1,...

Commission reminds public of landowner resources for those with wildlife damage

LINCOLN, Neb – The Nebraska Game and Parks Commission is proactively working with landowners who have encou...