With the calendar flipped to the final month of the year it is safe to say we are in the late season of upland bird hunting.  And though many of the easy-roosters are already nestled in hunters’ freezers, some of the most exciting and memorable bird hunts are about to unfold.

Late season to me means small groups of three to four hunters plus a couple of dogs.  This size can efficiently utilize some post and pinch strategies with minimal commotion.  These tactics are effective on a late season rooster’s customary escape plan – running.

When faced with an oncoming hunter, a pheasant has three basic moves:  1) Sit tight and let the hunter pass; 2)  Circle around the walking hunter while remaining hidden in cover; or 3) Run away from the approaching hunter until well out of range and then take flight – usually at the end of cover. Most of us would be amazed to know the actual number of roosters that survive by using one of the first two options.  We just assume they are not there as we don’t see them.  For these birds the best option is to simply allow your bird dog to do what they do.  In fact if there is one easy trick to pheasant hunting in the late season it is – follow the dog.  A good bird dog will show you where the birds are, you just need to be willing to trust them and follow.

For late season roosters that prefer the run option – which can be many of them – Posting and Pinching shine.  With a little forethought these two tactics will put jogging birds to flight in range.

Posting: Stealthily posting a hunter or two at the end of cover to block likely escape routes while the rest of the party and dogs move through the cover towards them can be all that is needed.  Roosters running ahead of the walkers run out of cover and into the blocking hunters. There they either take flight or sit tight until the approaching hunters and dogs flush them out.  Posting works wonders in blocks of linear cover with definite edges you can push birds toward.

Pinching: The other option is pinching which is merely splitting your hunting party in two and working a piece of cover toward each other to squeeze running birds in between.  Running roosters feel the pinch and often sit tight and flush as the two groups come together.  Pinching excels in larger patches of cover where edges are not well defined or its simply impossible to get a blocker into position easily and quietly.

For either strategy a good amount of blaze orange on head on torso is a great idea so that hunters can keep track of each other as they move through the thick stuff.

There are plenty of long-tailed Nebraska roosters still out there…you should be, too. 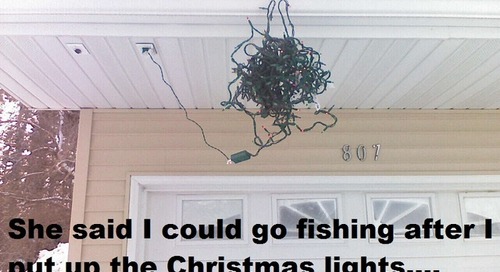 If you are like me, your calendar is full of “stuff” to do this time of year.  I am trying get stuff finish...