Turkey chasers, its officially the late season.  No doubts about it. If you are still holding an open spring turkey permit, such as I am, it may be time to adjust your tactics just a bit to fill it.  The good news is there is about two weeks left of season – including a couple of weekends – which is plenty of time to make something happen.

The situation: Trees are fully leafed out now making gobbles harder to hear and the undergrowth is getting taller making turkeys harder to see.  The birds are experiencing the same thing.  Your calls get muffled and decoys disappear in the new growth.

The solutions: Use the increased vegetation to your advantage – get closer.  The extra leaves and vegetation allow you to get much closer to birds at this time of the season.  Just remember that the gobbles you do hear are closer than you think.  Also, the thicker undergrowth usually means wetter conditions in the woods during the a.m. and you’ll find it pushes the birds to cropfields and short grass pastures to avoid morning dew.  This can help you zero in on likely hunting spots faster.

The situation: Hens are a wild card this time of year. By now some are nesting. Others, for whatever reason, will not be nesting this year and they start reforming their all-girl flocks.  Neither of these tyoes of hens will pay much attention to the gobblers.  However, there will still be some hens into the breeding-thing and they always seem to be quite competitive.  Toms have little time for uninterested hens as they seek out the last few willing ones.  Unfortunately, for us our decoys oftentimes look like uninterested hens.  He gobbles and struts inviting her over for a rendezvous and our fakes stay put.  A few minutes and he moves off to find a more receptive lady.

The solutions: A few options.  Ditch the decoys completely and make him look for the source of all the hen music.  If you feel the need to bring a decoy, leave the hen at home and put out a jake decoy in hopes the gobbler comes closer to investigate the competition and look for the hen.  I strongly believe realism in your decoys helps during the late season.  If you don’t want to spend lots of money on one of the upper-end manufactured one, simply gluing turkey feathers to an old one can provide what you need.

The situation: Toms gobble to your yelps and cutts but they will not close the distance or they keep hanging up out of range.

The solution: Turkey hunters should adapt the old golfing adage (“drive for show, putt for dough”) to “Cutt for show; Purr to use ammo”.  Every time a tom gobbles at your excited calls he is testing you.  If the hen he hears is really excited and wants to breed he expects her to come to him when he gobbles.  If she doesn’t show he will wander off to look for one that will.  He may give her a few minutes or just one gobble.  However, if you get his attention and then begin to play it more subtlety with soft clucks and purrs he may just have to come closer to investigate.

The situation: The toms seemed to have lost interest in hens, calling and/or breeding in your area.  The breeding season is winding down before the season does.

The solution: Oftentimes you can still find a gobbler or two that doesn’t want to give it up and you should concentrate on them more specifically. But once in awhile all the birds in your area seem to have “given-up” for the year.  Your best bet in these situations is to figure out the trails gobblers are using between roosting, feeding and loafing areas then set up shop waiting for them to pass by.  However, don’t overlook putting out a group of jake (or tom) decoys during these periods as the males look to reform their all-guy, summer flocks when the breeding season comes to a close.

Regardless of the situation you find yourself in the most memorable hunt of the year may be just ahead of you.  It ain’t over until its over.  The gobblers are still out there – you should be, too.

LINCOLN – A public informational meeting will be held June 1 in Ogallala regarding the Lake McConaughy/Lake... 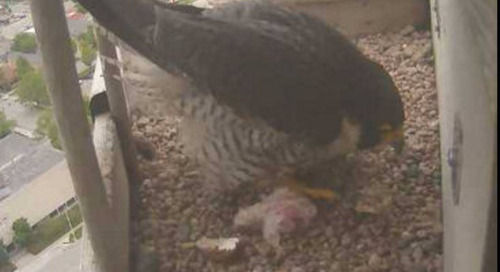 Earlier today (5/16) I posted a blog stating the game was all but over.  The apparent facts were indisputab...